Dobroflot fishermen received awards from the Federal Agency for Fishery 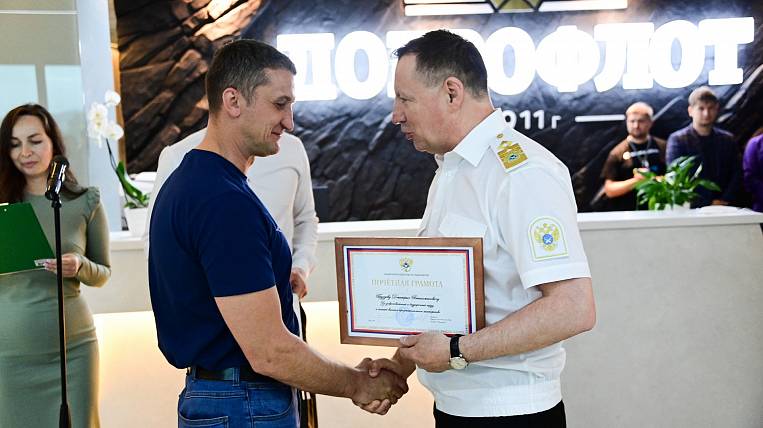 Photo: press service of the Dobroflot Group of Companies

During his visit to the Primorsky Territory, the Deputy Head of the Federal Agency for Fishery Petr Savchuk awarded the employees of the Dobroflot Group of Companies. On the eve of the professional holiday - Fisherman's Day - 27 best employees received departmental, regional and corporate awards.

According to the press service of the Dobroflot Group of Companies, all of them also received gift certificates. In total, more than 200 employees will be awarded.

“I'm not afraid to say that together with you we make our industry modern and develop the industry as a whole. We count on your support, so take care of yourself during this difficult time. I wish you health, success and, of course, seven feet under the keel! " - Petr Savchuk congratulated.

The third mechanic of the floating base "Vsevolod Sibirtsev" Dmitry Gruzdev, the senior mechanic of refrigeration units Alexander Kondratenko and the head of the modernization and repair of technological equipment Sergey Shilin received awards from the Federal Agency for Fishery for conscientious and impeccable work, as well as high professional skill.

The letters of thanks signed by the Governor of Primorsky Krai Olleg Kozhemyako were presented to two employees of the company by the manager of the Dobroflot Group of Companies Alexander Efremov. For many years of conscientious work, a high level of professionalism, enthusiasm in work, the award was given to the leading specialist in the field of maritime logistics Fedor Zvorygin and the head of the commercial work in the field of cargo transportation Alexander Tsygankov.

President awarded those who fought floods and forest fires