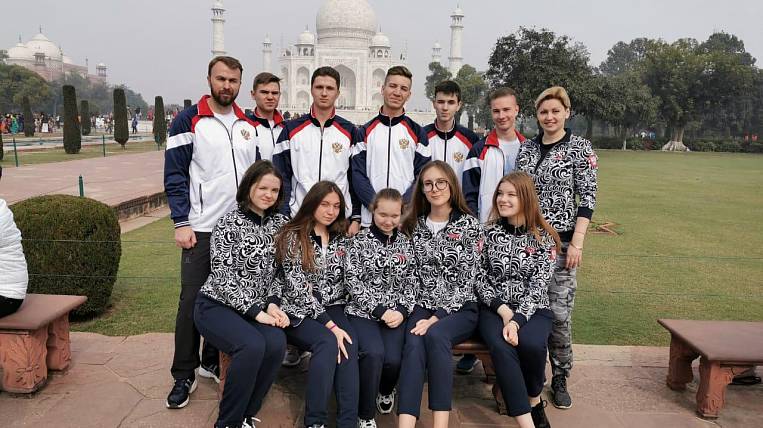 Photo: Press Service of the Embassy of the Republic of India
A military delegation from Russia consisting of ten cadets and two instructors will watch the Parade on the Day of the Republic of India. The ceremony will take place on January 26 in New Delhi. As part of the trip, delegates will also meet with officials from India - Prime Minister Narendra Modi, President Ram Nath Kovind, Minister of Defense and Commander-in-Chief of the Ground Forces.

Russian cadets and instructors arrived in India on January 14 and already managed to get acquainted with the history and culture of the country when visiting the cities of Jaipur and Agra, as well as other attractions, including the Taj Mahal, the National War Memorial and the State Museum.

The trip was organized as part of a youth exchange between the Republic of India and the Russian Federation. Mutual visits have been made for several years. For example, in 2019, Indian cadets visited Moscow and Perm, while Russian cadets attended the Jaisalmer Desert Festival.
Tags: India Narendra Modi
January 24: current information on coronavirus in the Far East
Digest of regional events and latest statistics
Related News:

FESCO ship sailed to Antarctica with cargo for Indian scientists

Indian pilots will be trained at U-UAZ in Buryatia