News February 25 2020
03:19 Irkutsk, Chita and Khabarovsk will connect a new flight
Trans-Baikal Territory 03:00 Transit Baikal Vice-Premier Cites Chita
02:39 WHO calls on the world to prepare for the coronavirus pandemic 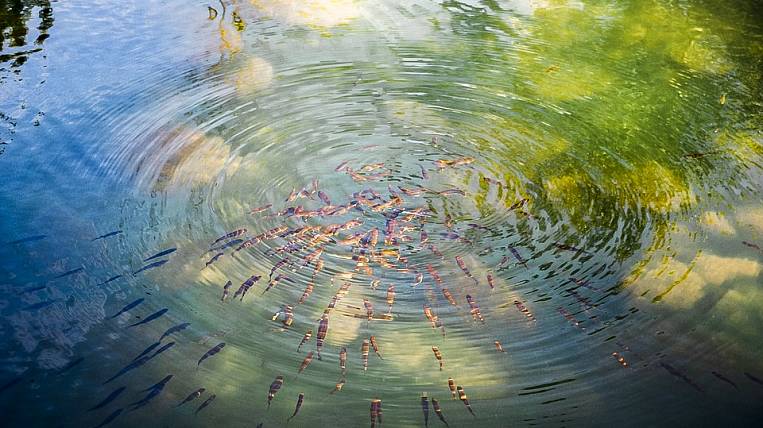 The gold mines Taborny and Gross, which are part of the international company Nordgold, this year released about 500 thousand fry of peled in the Vilyui reservoir in Yakutia. Artificially grown juveniles were released as part of the conservation and restoration of aquatic biological resources of the republic.

Investments in the environmental project amounted to almost one million rubles. The cultivation and release of peled fry in the Vilyui reservoir is a traditional environmental event of the Taborny and Gross mines. This year they released five times more fry into the rivers of Yakutia than in 2018.

According to the press service of the company, fry are ordered by the mines at the Chernyshevsky fish hatchery. This is the only plant in Yakutia that is engaged in artificial fish farming. Malkov is removed by the method of "Fertilization by dry method" (for this, individual producers are caught). Fertilized eggs are delivered to the plant, which are carefully placed in special incubators. After six months, the eggs turn into fry.

Juveniles are grown in water that is taken from the Vilyui reservoir, therefore, the natural environment of juvenile peled fishes does not change after release into the "big swimming". Fish production is supervised by specialists from the Lensky Territorial Administration of the Federal Fisheries Agency, the main fish farmer of the Chernyshevsky fish farm, fish farmers and authorized representatives of the Taborny and Gross mines.

“For more than ten years now, we have been implementing environmental protection measures for the artificial reproduction of aquatic biological resources in fishery water bodies. The number of fry has been agreed upon by state authorities, ”said Sergey Tinnikov, environmental engineer (ecologist) at Rudnik Taborny LLC.