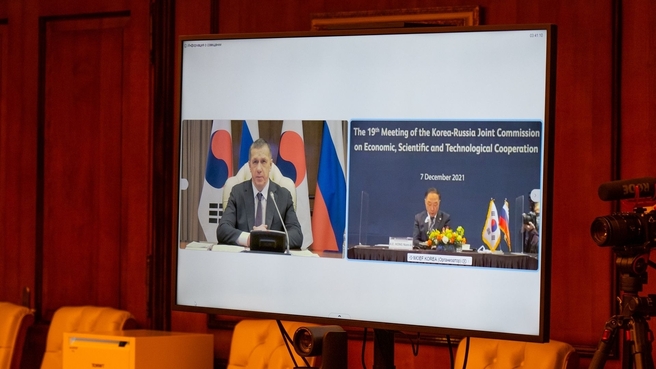 Russian-Korean trade turnover grew by 60% in the first nine months of this year. Its volume amounted to almost $ 22 billion.

According to the press service of the Russian Cabinet of Ministers, this was discussed at a meeting of the Russian-Korean joint commission on economic, scientific and technical cooperation, which took place in Moscow via video communication. The head of the commission in the Russian Federation, the plenipotentiary of the President of Russia in the Far East, Yuri Trutnev, noted that by the end of the year, the joint trade turnover could reach a historical maximum - $ 30 billion. However, a slowdown in the inflow of Korean investments was noted. At the end of 2020, Russia is only 35th in the list of countries where Korea is investing.

As the Minister of Economy and Finance of the Republic of Korea Hon Nam Gi noted, Russia is an important and reliable partner for Korea in the field of economy, culture, and in the implementation of the new northern policy. In the Far East, Korean investors are implementing ten projects totaling $ 120 million.

As Yuri Trutnev noted, the Far East is open for business, there are preferential regimes - priority development territories, a free port.

“A new type of preferential regime with a special tax regime will be created for the Kuril Islands. Investors will get new opportunities for doing business and launching projects. We invite the Korean side to participate in the development of the Kuril Islands, ”he added.