15:32 Matkapital allowed to send to escrow accounts
Primorsky Krai 14:17 Amur tiger died under the wheels of a regular bus in Primorye
14:04 In India, negotiations were held on the supply of coal from Yakutia
February 14 2020
Sakhalin Region 23:31 Rostekhnadzor did not approve of the launch of the cableway in Sakhalin
Primorsky Krai 23:04 Zvezda has begun construction of a giant tanker


Irkutsk Region 22:44 Listvyanka village head detained in Angara
21:23 A way to fight coronavirus found in China
Chukotka 20:53 Ecological control will be strengthened in Chukotka
17:51 Overhaul fees increased in Russia
Sakhalin Region 11:41 Amendments to the Constitution may put an end to the issue of Kuril membership


Trans-Baikal Territory 10:50 Court on case of hazing in the part of Shamsutdinov will be held in February
Amur Region 10:31 Three schools will be built on the national project in the Amur region
The Republic of Sakha (Yakutia) 10:26 Nordgold theater project is the best in the Far East
10:18 WHO Advisor: 2/3 of the world's inhabitants can become infected with coronavirus
10:14 In Russia, they want to introduce a garage amnesty 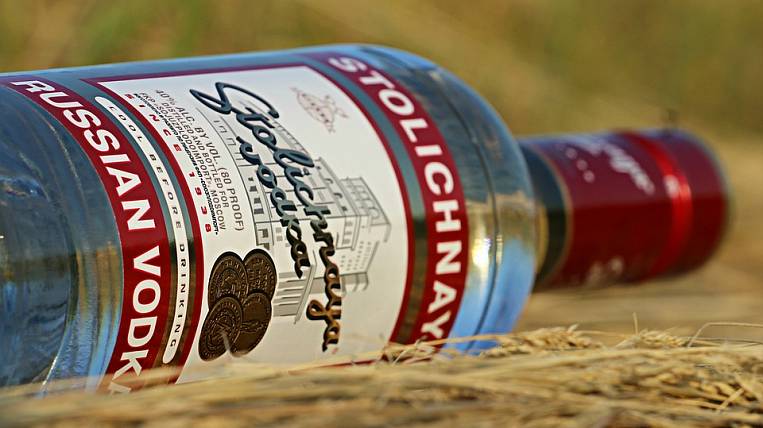 In the first half of the year, the export of vodka from Russia grew by 14,7% compared to the same period last year. This follows from the materials of the Federal Customs Service. The cash equivalent of alcohol sold amounted to 78,7 million US dollars.

As the TASS, the biggest leap occurred in July - overseas buyers purchased vodka at 36,4% more than in June, worth 13,6 million dollars. As for the physical expression, in general over the seven months of this year, 1,106 billion decalitres of alcohol were transported across the border - an increase of 5,9% compared to last year.

At the same time, Russia itself is taking measures to reduce the consumption of strong alcoholic beverages. The Ministry of Health approved the bill on the sale of alcohol and cigarettes in specialized stores. The department also prepared a bill, prohibiting sale hard liquor for citizens under the year 21.

“Prohibition” was introduced for two villages in Yakutia