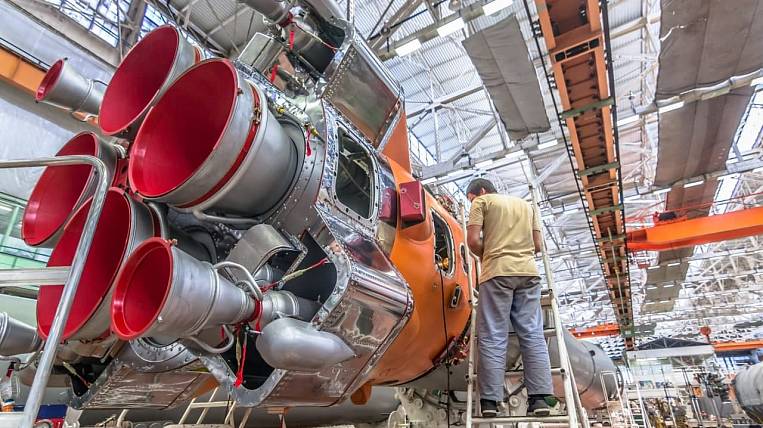 The state corporation "Roskosmos" sent a train with blocks of two Soyuz-2.1b launch vehicles to the Vostochny cosmodrome in the Amur Region. They are designed to launch several batches of British OneWeb spacecraft.

According to the press service of the state corporation, the Soyuz-2.1b launch vehicle was created at the Progress RCC and is a modification of the Soyuz-2. The Soyuz-2.1b has an increased payload mass in relation to the previous version, higher launching accuracy, controllability and stability.

Also, 36 OneWeb spacecraft arrived at the cosmodrome. Preparations for the launch planned for May have already begun. The number of OneWeb satellites in low Earth orbit is 182. The upcoming launch should bring the number of these spacecraft in orbit to 218. They are designed to provide consumers with high-speed Internet.

Vostochny Port is completing the installation of wind and dust barriers