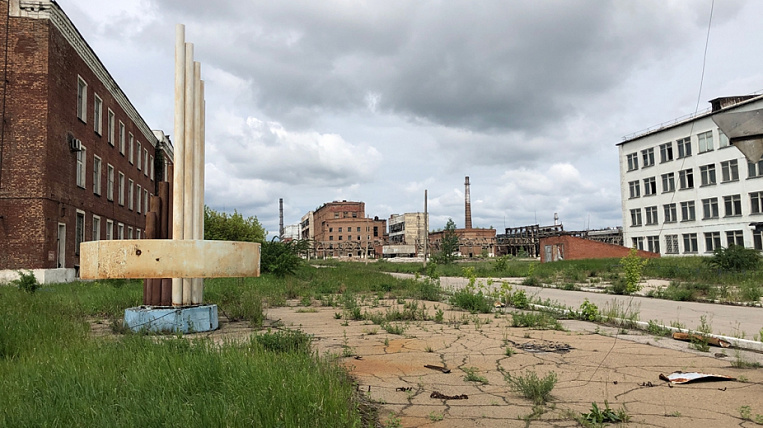 The industrial site of the Usoliekhimprom plant in the Irkutsk region was taken under the protection of the Russian Guard. She patrols dangerous territory so that outsiders do not fall on her.

Strengthen the protection of a dangerous object by the forces of the Russian Guard on July 29 commissioned Vladimir Putin at a meeting on the elimination of accumulated environmental damage from the activities of Usoliekhimprom. According to the press service of the regional government, the area is 610 hectares, the perimeter of the site is about 20 km.

The industrial site has over 200 industrial facilities. Work to eliminate the accumulated environmental damage has already begun at the most dangerous facilities.

Now the territory of "Usoliekhimprom" is not completely fenced off, while there are dilapidated buildings and dangerous facilities. The regional authorities have promised to prepare passages, make fences, install lighting and video surveillance by September 1.

Since 1936, the Usoliekhimprom plant has been the largest enterprise in the chemical industry of the USSR beyond the Urals. There is a large center of mercury pollution on its territory. Last year, one of the chemical tanks depressurized... This resulted in environmental pollution.

Rospotrebnadzor warned about possible environmental disaster in the region. The department insisted on creating a state program for the reclamation of the territory of Usoliekhimprom. Rosprirodnadzor specialists took about 200 environmental samples near the plant, they all showed significant excess of maximum permissible concentrations of harmful substances.

After a meeting with the President, the head of the Investigative Committee of Russia, Alexander Bastrykin, instructed pre-investigation check on the fact of violation of the rules for the handling and storage of hazardous waste will be held in Usolye-Sibirskoye.

Showers and floods are predicted in Priangarye

Rains and cold snap will come to the Irkutsk region