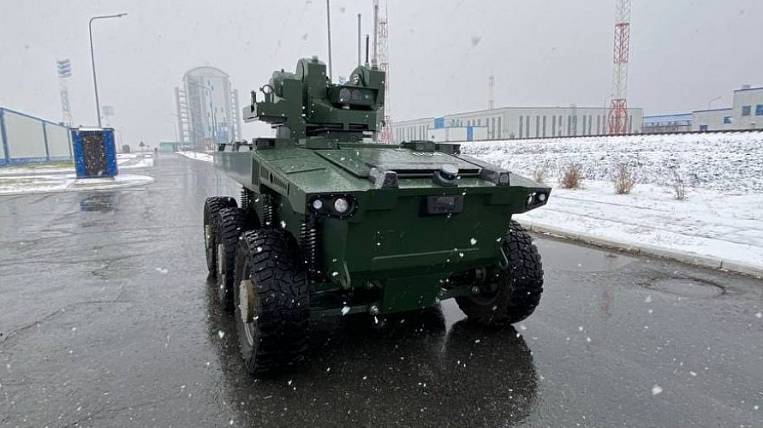 At the Vostochny cosmodrome, the "Marker" robotic security platform will be engaged in patrolling the territories. The robot works in both radio-controlled and autonomous modes.

According to IAA EastRussia in the press service of Roscosmos, Marker, in addition to patrolling, will be able to identify violators of the security perimeter, identify it and intercept it, be able to fight unmanned aerial vehicles, and has the function of countering terrorist acts.

“We see the use of these complexes as part of security structures as devices that ensure the safety of spaceports, enterprises and other objects of state importance,” said Dmitry Rogozin, General Director of Roscosmos.

The formed scientific and technical groundwork and technologies, including those with elements of artificial intelligence, will be used in the future to create technology for the study and development of the Moon and the planets of the Solar System.