High alert announced in three branches of the DRSK 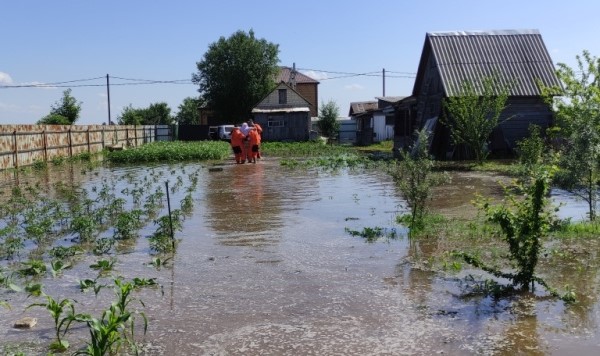 The bad flood situation was the reason for the introduction of a high alert regime in three branches of JSC "DRSK". In the risk zone of the Amur region, the Khabarovsk Territory and the Jewish Autonomous Region. The high alert mode in the branches will operate until the flood situation normalizes.

According to the press service of JSC "DRSK", at present the most difficult situation in the Amur region: lines with voltage from 6-10 kV overhead lines to 110 kV overhead lines are flooded. The substation "Vladimirovka" was turned off for the safety of the population, the consumers of the village are powered according to the reserve scheme. DRSK power engineers take measures to protect equipment from flooding.

In case of emergency recovery work, actions are being coordinated with the heads of administrations, a reserve and preparation of temporary supports are provided. Using forecasts of changes in the level of rivers, experts work out routes for the movement of special equipment. Also, interaction with administrations and local headquarters of the Committee for Emergency Situations was organized in terms of operational information about the hydrological situation. In the event of a threat to human life, the equipment will be turned off.

DRSK power engineers conduct unscheduled inspections of all power facilities potentially falling into flooding zones every day. In parallel, backup and alternative schemes for supplying electricity to consumers are being worked out and approved.

Specialists of JSC "DRSK" urge residents to comply with the rules of electrical safety. If you find flooded poles and broken wires of power lines, you need to call the round-the-clock free "hot line" of DRSK JSC: 8-800-1000-397. Also, calls are received at the dispatching centers of the electrical network districts at the place of residence.