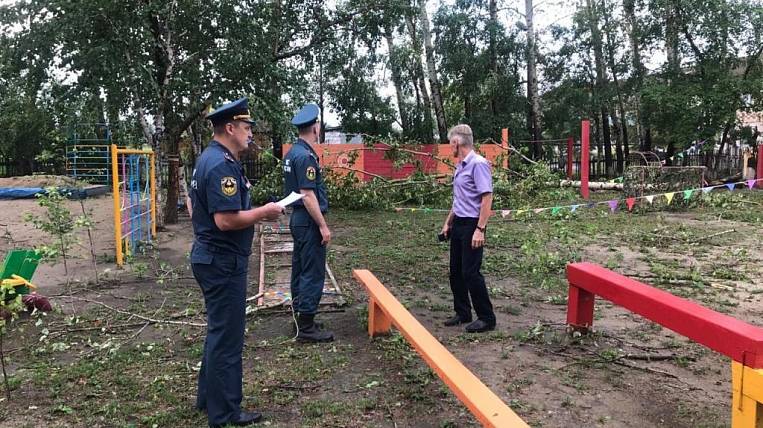 An emergency regime was introduced in the Oktyabrsky District of the Amur Region due to a squally wind. The wind strength was 27 m / s, some settlements were left without electricity and water.

According to the press service of the regional Directorate of the Ministry of Emergency Situations, some villages were left without electricity, and as a result of the fall of two water towers - without water. The roofs of houses were partially blown away by the wind, a kindergarten and a hospital were damaged. More than 150 trees were knocked down by a squally wind.

The people who were left without water were provided with water, and a temporary water supply line was also installed to the houses. Governor Vasily Orlov ordered to allocate money from the reserve of material resources to eliminate the consequences of emergencies in the region. For the temporary covering of roofs of houses, the regional ministry of housing and communal services allocated about three thousand kVA. meters of canopy.