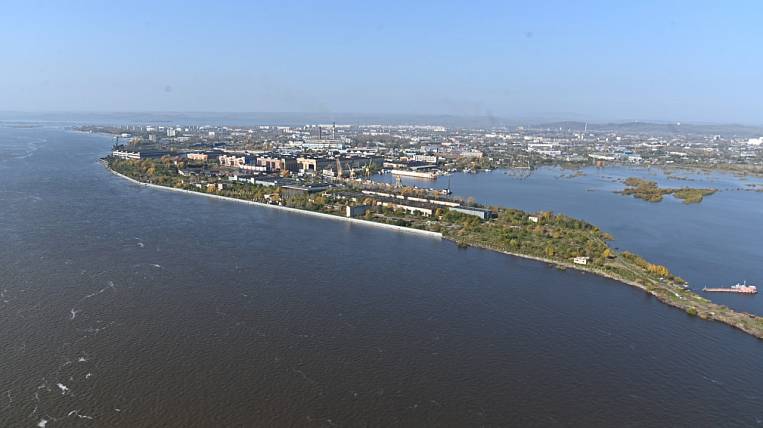 The emergency regime was introduced in two more districts of the Khabarovsk Territory - Ulchsky and Nikolaevsky. The flood emergency now covers 12 municipalities.

According to the press service of the regional government, the need to expand the zones arose because of the movement of the flood ridge along the Amur. Initially, the regional emergency regime extended to Khabarovsk and Komsomolsk-on-Amur, as well as Amursky, Komsomolsky, Verkhnebureinsky, Bikinsky, Vyazemsky, Nanaysky, Khabarovsk districts and the name of Lazo.

Now the flood crest, having passed the Nanai district, is approaching Komsomolsk-on-Amur. Today, in the Ulchsky region near the village of Takhta, water is expected to rise up to 500 cm. By October 11-13, the ridge will reach the Nikolaevsky region. The city is predicted to rise up to 220-250 cm of water - this is the level of adverse events. Near Komsomolsk-on-Amur, the flood peak will take place on October 1-2 with marks of 710-720 cm, while earlier it was predicted 690-700 cm.

Yesterday the head of the RF Ministry of Emergency Situations Evgeny Zinichev reported to the president that he expects stabilization of flood conditions in the Far East during this week. A decrease in the water level in the Amur River is predicted in three to four days. Last week Interregional Emergencies due to the flood, they were introduced in the Khabarovsk Territory and the Jewish Autonomous Region. The regions have a federal level of response.