Emergency mode introduced due to the flood in Yakutsk 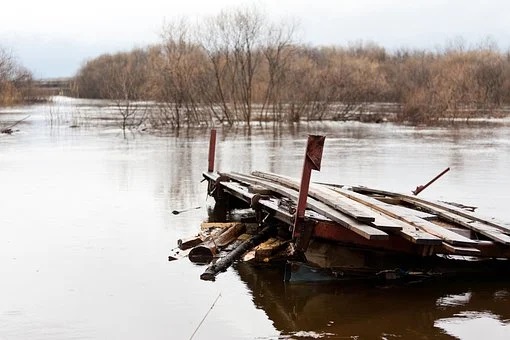 An emergency regime was introduced in Yakutsk because of the flood on the Lena River. In the daytime, the water level at the city's gauging station was 841 cm, which exceeded the safe level by 14 cm, the level in Kangalassy was as close as possible to the dangerous mark and is 999 cm.

According to the press service of the town administration, for an hour the increase in water level in the river near Yakutsk was seven cm. There is a congestion below the observation post. In Kangalassi - congestion above and below the gauging station. A rare ice drift was recorded near the village of Tabaga. Flooding of territories began in seven districts.

There is no danger to the population in Tulagino-Kildyamsky district; livestock was driven to a safe place. An evacuation point was deployed there, where residents of one flooded house were taken.

In Yakutia on May 10, seven residential buildings were flooded due to the flood. High water levels are observed on the Nyurba and Lena rivers. 24 people were resettled from the danger zone.