Emergency mode announced in the capital of the Amur region 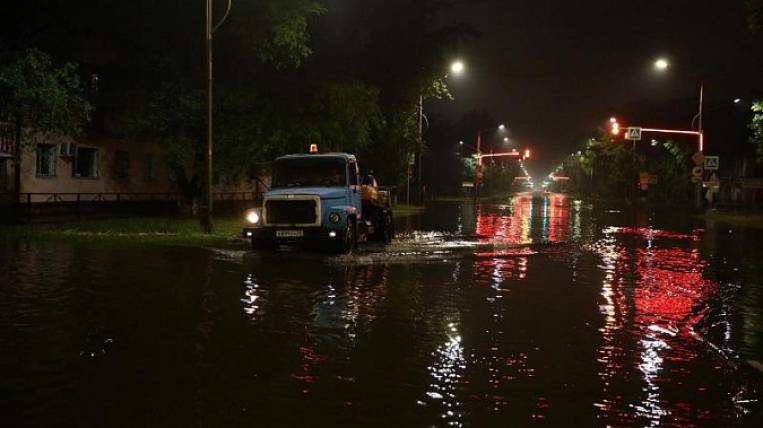 Photo: Blagoveshchensk administration press service
Due to the tropical rain on Monday, an emergency mode was announced in the capital of the Amur Region, Blagoveshchensk. The dispatching service received more than 250 applications for pumping water from the street and from the basements of houses.

According to the press service of the administration of Blagoveshchensk, rain on Monday brought up to 90% of the monthly rainfall in June - 82 mm. Meteorologists recognized it as a dangerous meteorological phenomenon.

An emergency mode has been introduced in Blagoveshchensk for emergency repairs. Sites on 18 streets were partially flooded, for several hours there were houses without electricity connected to four substations: Zapadnaya, Tsentralnaya, Selikatnaya, Astrakhanovskaya.

At 9-00 in the morning, 259 applications for pumping water were received on the phone of the unified dispatching service. 63 undergrounds in private houses and basements in 26 apartment buildings, 127 summer cottages and vegetable gardens, five schools and kindergartens flooded. Water accumulated in the basement of the city clinic number 1.