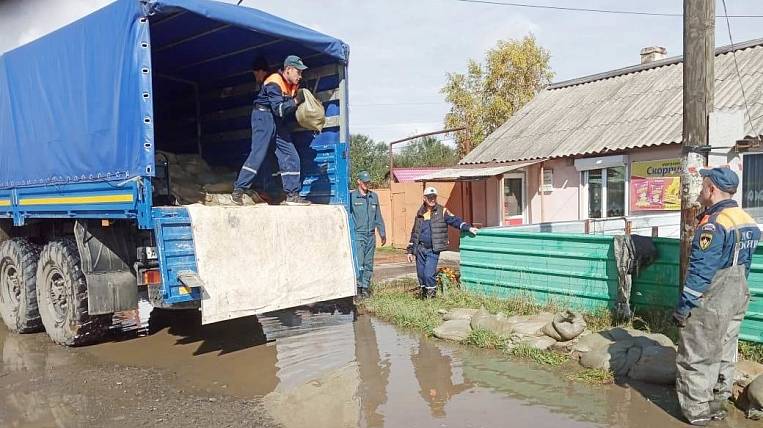 The authorities of the Jewish Autonomous Region are asking to introduce an interregional emergency regime on the territory of the region. At the same time, according to forecasts of the regional Ministry of Emergency Situations, the flood situation is stabilizing.

According to the State Administration of the ChMS of Russia for the Jewish Autonomous Region, the regional government made such a request during a video conference with the Deputy Minister of Russia for Civil Defense and Emergencies Viktor Yatsutsenko. Roman Boyko, head of the regional department of the Ministry of Emergency Situations, noted that the flood crest left the territory of the region on September 20.

According to the governor of the Jewish Autonomous Region Rostislav Goldstein, there were no human casualties during the flood, the flooding of 580 houses was prevented. In addition, crop losses are minimized and citizens' property is saved. But given the scale of the flood in the neighboring regions of Russia, they ask to expand the emergency regime.

The most difficult flood situation on the territory of the Jewish Autonomous Region was in Leninsky. Here introduced an emergency mode, now the investigation is dealing with criminal case on the fact of dam break... According to the Investigative Directorate of the Investigative Committee of the Russian Federation for the Jewish Autonomous Region, the authorities misused it, which is why the protective structure broke through.

Also, the authorities continue to calculate the damage from the current flood, while it estimated at 164 million rubles... Water entered eight settlements of the region, 51 residential houses, 534 household plots, more than 15 thousand hectares of agricultural land were in the water.

Agrarian affected by rainfall in Transbaikalia will receive 142 million rubles