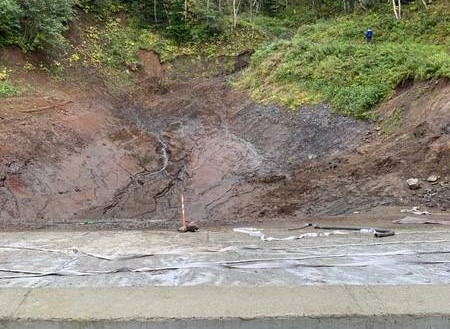 In the Makarov region of Sakhalin last weekend, an emergency regime was introduced due to mudflows as a result of heavy downpours. The railway tracks, the Yuzhno-Sakhalinsk-Okha highway, as well as the city reservoir were damaged.

According to the press service of the government of the Sakhalin region, the centralized water supply in the region was stopped, residents are provided with water from tankers. The railway service has been suspended, and clearing work is in progress. To prevent the collapse of the dam on the reservoir, the water is pumped out with pumps and sandbags are placed.

There are no victims as a result of mudflows. People who were in places of possible flooding in the villages of Novoye and Vostochnoye were evacuated. Classes at schools in Makarov have been canceled.

According to the regional minister of housing and communal services Natalya Kuprina, the water supply will soon be restored, but until the results of the analysis are obtained, it cannot be consumed without heat treatment. About 70 basements were flooded as a result of heavy rains and mudflows. On the sections of the Kholmsk-Nevelsk road and railways, mud masses are being cleared.