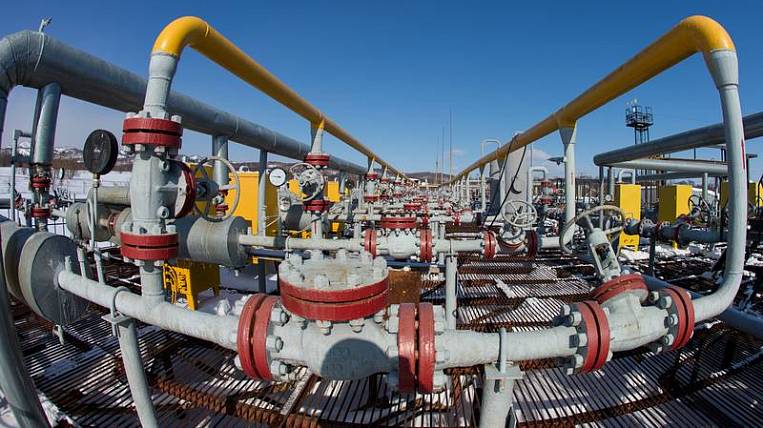 Photo: Press Service of the Government of Sakhalin Region
On behalf of the head of the Sakhalin region, a regasification complex will be built in the Kuril region

The Kuril Islands are preparing for a radical reorganization of energy supply systems. On behalf of the Governor of the Sakhalin Oblast Valery Limarenko, complexes for receiving, processing and storing LNG will appear on Iturup, and then on Kunashir - this is a powerful and important step towards achieving carbon neutrality in the region. The Kuril region is already ready to update the existing system - the EastRussia agency found out the details.

“Up to the present day, two types of fuel are characteristic of the power supply of the Kuril Islands - diesel and coal. With an ever-growing infrastructure - the emergence of new fish factories, the development of ports, housing and social construction, balneology and tourism - it becomes costly to extract heat and electricity from these two fuel sources. It was enough for the end of the XNUMXth century. Then Kurilsk was a small fishing village, proudly called a city. It had neither large houses, nor a three-story school, nor those fish factories that are now, nor a developed system of street lighting. But the growing economy and the development of the well-being of people require more and more energy consumption in the form of heat and electricity, "said Vadim Rokotov, Mayor of the Kuril City District, to EastRussia.

According to the head of the district, coal and diesel fuel as sources of energy are a conservative legacy of the 7th century, which must be abandoned. Diesel generators, which are now working at Iturup, need to be overhauled every 20 thousand work-hours, and replaced after XNUMX thousand, which costs a lot. In addition, liquid fuels give off smoke during combustion. Coal energy also has its disadvantages: first of all, it is aggressive pollution of the environment. In addition, it is quite costly to deliver both types of fuel to the island, and with the further development of the Kuriles it will become even more costly: for the active growth of infrastructure, more energy will be required, as well as more space for its storage.

“The gas boiler house is five times more compact - it is a small station with a minimum of related equipment. At the same time, it is much more productive: the heat transfer is much greater, it must be serviced not after 7, but after 70 thousand work-hours. The idea of ​​gasification of Iturup and the creation of a new complex for receiving and storing LNG inspires us. We already see the likely benefits of this project, despite the costs at the start, in the construction of the facility and the infrastructure for it. They will pay off, according to my calculations, in five years. We are now receiving a passport of readiness for winter - every year we spend a lot of money on preparations for the heating season, the purchase of fuel and maintenance of power grids. And with the transition to gas heating, we will save a lot of money on the annual increase in fuel prices, and even on equipment maintenance. This is a step towards further development of the island's economy, new construction of infrastructure facilities, and so on. We have already roughly identified the locations for storing LNG, erecting a regasification station in order to locate it economically, without violating the rights of land owners and without harming the landscape. There are a lot of plans, ”explained Vadim Rokotov.

Participation in the “green” initiative of the Governor of the Sakhalin Oblast will help other energy-related industries as well. In particular, for the coal industry of the island region, this is an incentive to significantly reduce the volume of carbon emissions on the islands.
To achieve a balance of CO2 emissions and absorption, the Sakhalin Oblast needs to neutralize another 1,2 million tons of carbon dioxide annually. More than 10% of this volume is ready to take over the "Eastern Mining Company". The projects that the industrial enterprise has already launched in Sakhalin will help reduce air emissions by 157 thousand tons of carbon dioxide per year.

“We are implementing the Green Coal Cluster project, which in the near future will allow us to minimize the carbon footprint from production activities in the Uglegorsk region, which is key for the company's business. It will include the country's longest mainline conveyor for transporting coal from the open pit to the port with a length of 23 kilometers, a wind park with a record for the Far East design capacity of 67,2 MW. We have already started work on wind monitoring. Also, work is underway to implement a pilot project for the introduction of electric trolley cars at the Solntsevsky coal mine. Electric dump trucks should be delivered to the mine next year. This is a new step in increasing the efficiency of mining, "- said EastRussia, Technical Director of Solntsevsky Coal Mine LLC Andrey Kos.

In addition to VGK, the operators of the Sakhalin-1 and Sakhalin-2 projects, the NovaWind company, the French corporation AirLicid and Rosatom are ready to support the “green” initiative in the island region. A major step towards the status of a carbon neutral area will be the general gasification, which will be carried out on the islands in partnership with Gazprom. All these projects will help to utilize the 1,2 million tons of CO2 that Limarenko announced at the federal meeting.

“Is this a booming figure? We think so. In the coming years, 145 island boiler houses will be switched from coal to gas. The share of vehicles running on natural gas and electricity is expected to rise to 30 percent. Gasoline and diesel public transport will gradually be replaced by environmentally friendly ones. The next goal is to increase the share of renewable energy sources in electricity generation to 15 percent. We have signed an agreement with the NovaWind company on the construction of a wind farm with a capacity of up to 200 MW, "Limarenko stressed.

Measures of "green" financing should become a serious incentive for the participation of companies and residents of the region in the environmental initiative. Already, the Sakhalin Region has its own tax incentives in the energy and transport sectors. Islanders wishing to convert their cars to NGV fuel are reimbursed for the cost of converting their personal cars. In addition, for them, as well as for owners of electric vehicles, the transport tax was reduced by half.

Sakhalin residents were detained with 10 tons of scallop