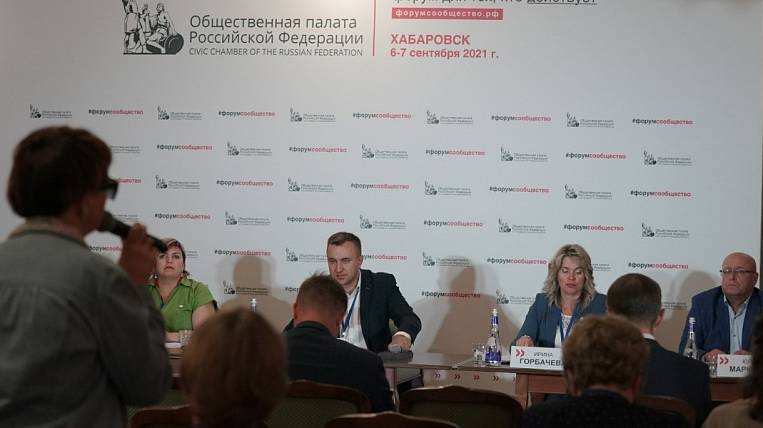 The development of the transport system of the Far East was discussed at the forum of the Public Chamber of the Russian Federation "Community" in Khabarovsk. The discussion took place at the round table “Transport accessibility and quality of work of passenger transport in the Far East”.

According to the press service of the forum, Irina Gorbacheva, First Deputy Minister of Transport and Roads of the Khabarovsk Territory, said that next year the authorities plan to increase the number of flights by 10% thanks to the work of the United Far Eastern Airline Aurora. With reference to the speech of Russian President Vladimir Putin at the Eastern Economic Forum, she said that subsidies for air travel will continue in any case.

“In the Khabarovsk Territory, all types of transportation are represented - river, helicopter, airplane, rail, road transport. The territory is huge, and together with other regions and VEB.RF, so that people do not leave, we will work on transport accessibility. In particular, this year alone, thanks to a single airline, we opened 14 additional flights - this has not been done for more than 17 years. Next year we will increase the number of flights by 110, now there are 1006. In 2020, we spent 516 million rubles on subsidies for air travel within the region, and this year - more than a billion. Unfortunately, we have a small budget and a large loan, but we will continue this work, ”said Irina Gorbacheva.

According to her, the authorities continue to update the aircraft and helicopter fleets. Two multi-purpose twin-engine L-410 aircraft were leased, in addition, three Mi-8 helicopters, which were previously operated by Utair, were returned to the Khabarovsk Territory. The new vehicles will be used on additional flights to Nikolayevsk, Okhotsk and other settlements, as well as for flights to remote regions.

A breakthrough in terms of the development of local air transportation was the national program for the socio-economic development of the Far East for the period until 2024 and for the future until 2035, said Vyacheslav Kartsev, advisor to the general director of the Russian Helicopters holding.

“This was the first federal document that announced the principles of co-financing local airlines. Helicopter technology is used not for regional transportation, but on local flights, which ensure the connectivity of remote areas, ”he said.

Roundtable participants also raised the issue of uncomfortable urban transport. In particular, in Khabarovsk, due to the reduction in the number of conductors, passengers have to pay with the driver, this creates "traffic jams" in already cramped buses. But the Khabarovsk authorities are planning a "big transport reform" in the field of passenger transportation, - said Irina Gorbacheva.

“An agreement has been signed between Moscow and the government of the Khabarovsk Territory on the introduction of the Troika card. The system implies that each vehicle should have a convenient fare payment scheme and benefits for different groups. We want the local population, which uses transport all the time, to buy tickets cheaper than guests of the city, ”the Deputy Minister emphasized.

Yulia Velichko, member of the Commission of the Public Chamber of the Russian Federation on Territorial Development and Local Self-Government, spoke about the field inspection of passenger transport in Khabarovsk on the zero day of the Forum "Community".

“Your renovated airport is beautiful and functional. The feeling of hospitality is immediately read. It is remarkable that trams have survived as urban transport. I would like the fleet renewal to be faster. Citizens note that they more often choose the tram than other modes of transport. The downside is that there are no litter bins near many bus stops, and people have to litter, ”noted Yulia Velichko.

Yuri Markitan, Chairman of the Commission of the Public Chamber of the Amur Region for Economic Development and Environmental Safety, outlined the main problems faced by small transport enterprises. One of them is the lack of transport security centers.

“We have 85 regions and 45 transport security training centers. In the entire Far Eastern Federal District, there is one representative office of the training center - in Vladivostok. We are not allowed to study in the Amur Region. It was assumed that groups gathered, specialists came, passed exams - tough, like in the traffic police. Large cities can afford it, but what about Raichikhinsk, Tynda, Belogorsk and everyone else? It is necessary to deliver people from there in some other way, ”Yuri Markitan reminded.

Another problem is the imperfect implementation of laws in the field of transport.

“According to the vulnerability assessment, not having developed a methodology for transport, they put us in a very awkward position. Regulatory authorities began to require the development of safety data sheets for road transport, based on the regulation on railway stations, airports and ships. There were cases when the supervisory authority demanded frames of metal detectors on the bus, ”the speaker gave an example.

“The entry into force of legislative acts related to business should not be from the moment of publication, but from the moment the conditions for implementation are created. Otherwise, we will lose all small businesses that serve small and medium-sized settlements, ”said a member of the Public Chamber of the Amur Region.

Another problem in passenger transportation, he called the lack of a developed system of filling stations: private stations are closing, and large companies do not want to move north. “Today, across the entire territory of BAM, four thousand kilometers, there is not a single gas station, and no transport will be allowed there,” complained Yuri Markitan.

The head of the Russian Passenger Association, a member of the Public Council under the Ministry of Transport of the Russian Federation, Ilya Zotov, said that the issues of transport security of the regions of the Far Eastern Federal District will soon be discussed at the federal level: “The issue of transport security has already been raised in the Ministry of Transport by the Public Council. A meeting on this topic will be held in the near future. "