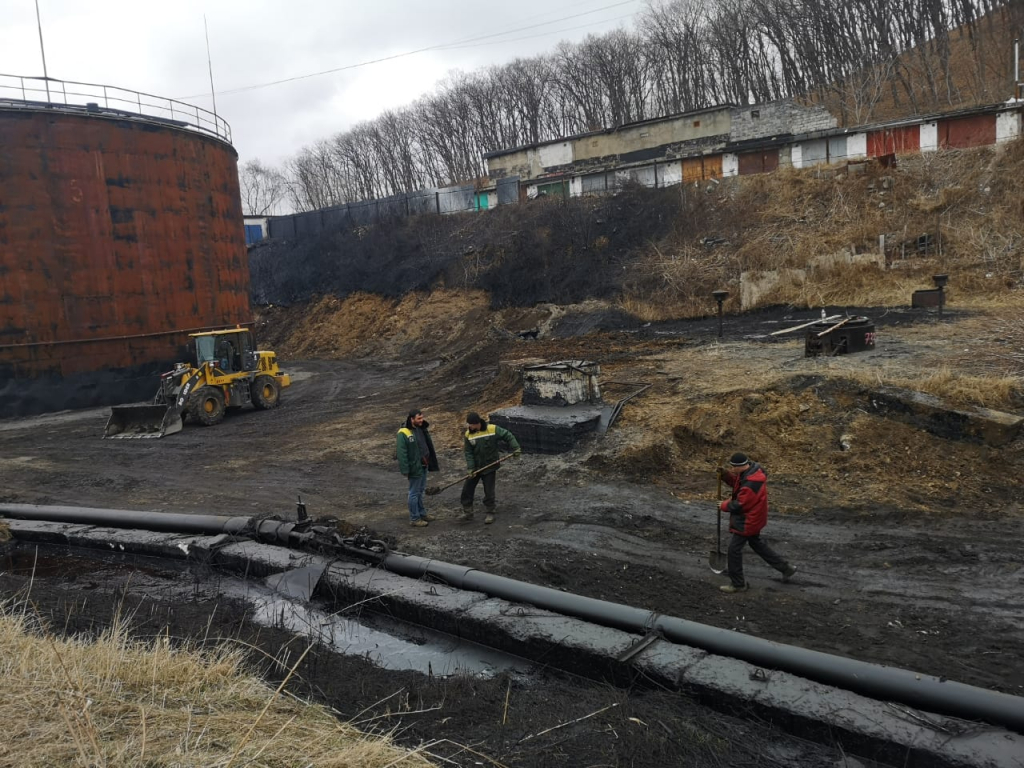 Photo: Press Service of the Government of Primorsky Krai
Special project Ecology of the East of Russia
In Nakhodka, a major oil spill from the fuel storage of Primteploenergo continues to be liquidated. According to experts, 1,6 thousand tons of fuel oil spilled from the tank. Now managed to clean up half of the spill.

According to the press service of the regional government, near the fuel depot, the water area of ​​Lake Solyonoye is being cleaned of oil products. Nearby garages also require cleaning: accident liquidators clean gates and roofs with special equipment.

The collected fuel oil is returned to the process after evaporation of water. It is collected by an excavator and an oil trap: a special tank with a water seal that is buried in the ground. Fuel oil gets into it after soil treatment with hot water.

The accident itself occurred on March 13, the reasons are still figuring out Rostekhnadzor commission. However, it is known that fuel leaked through the top of the tank, dropping the lid. Despite the round-the-clock work of rescuers, the timing of the accident already shifted. Just a week ago it was reported accident elimination on 30%.
Tags: Find fuel oil spill Primorye accident
September 23: current information on coronavirus in the Far East
Digest of regional events and latest statistics
Related News: