Fuel oil spill continues to be liquidated in Primorsky Krai 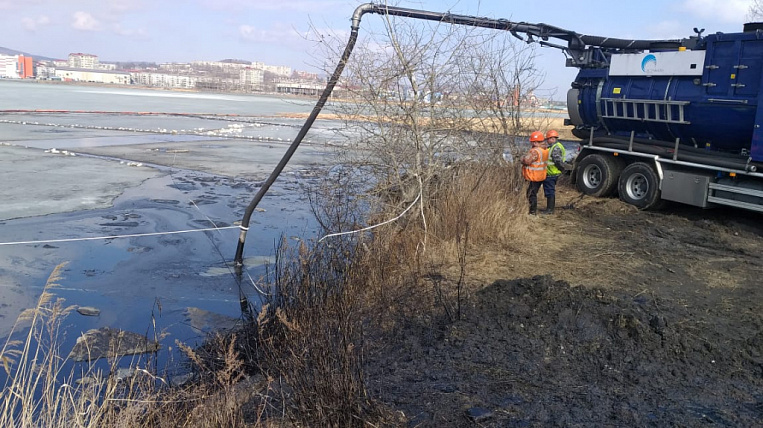 Photo: Press Service of the Government of Primorsky Krai
Special project Ecology of the East of Russia
In Nakhodka, the treatment of the Solyonoye Lake and its shores from oil spills continues. The exact causes of the accident have not been established.

According to the press service of the Primorsky Territory government, now the banks and the lake are being cleaned from the black oil film. The banks are mowed and washed out, and the shovel is cleared to clean land. The coastal soil was taken for analysis at the Institute of Chemistry, St. Petersburg State University.

The causes of the accident have not yet been precisely determined. Primteploenergo plans to precisely establish the emergency conditions, as the enterprise has 200 more similar capacities throughout the region. According to the governor of Primorsky Krai Oleg Kozhemyako, restoration work will last until April 30. Still need to carry out the processing of stones and coastal parts.

Accident has occurred mid March. In total, 504,8 tons of fuel oil spilled from the tank near Lake Solenoye. Seaside authorities previously promised liquidate the spill by April 13, then the deadlines moved on April 15.