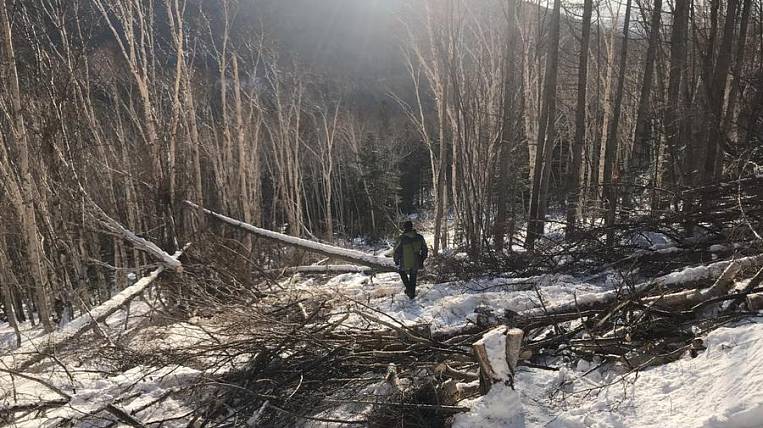 Ecologists of the Sakhalin Ecological Watch public organization have discovered large-scale logging within the borders of the natural monument “The Glen Cardiocrinum Population”. It was created in 1988 to preserve a unique population of a rare species of lily, listed in the Red Book of Russia. Territory regime does not allow any damage to the land cover.

“The lumberjacks simply dumped all the adults, large trees growing within the clearings, which completely coincides with the route of the new 35 KV power transmission line to the electrical substation of the so-called Mountain Village. The construction of this cottage hotel complex in the Valley of Tourists on the banks of the Elanka River is included in the plans for the first stage of the Mountain Air Top, ”Dmitry Lisitsyn, head of the public organization, told EastRussia.

According to environmentalists, 144 Erman birches, 14 Ayan spruce firs, 45 Sakhalin firs, 4 mixed mountain ash and 3 large-winged euonymus were cut down. Ekovakhta Sakhalin appealed to the Ministry of Forestry and Hunting in the region, inspectors and police have already arrived at the site and are inspecting the clearing. If experts establish that the logging was carried out illegally, the perpetrator may face criminal liability.