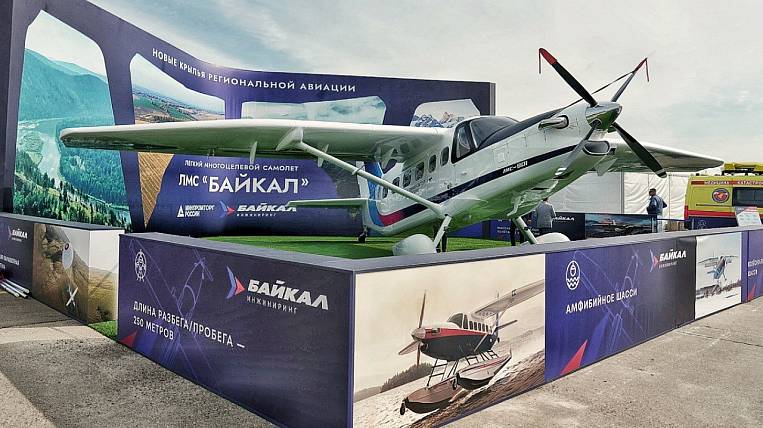 Practical preparations for the implementation of the project for the serial production of the Baikal aircraft are beginning in the Khabarovsk Territory. The structural elements of production have been determined, which will be located at the site in Komsomolsk-on-Amur.

As the Minister of Industry and Trade of the Khabarovsk Territory Igor Fomin told reporters, the aggregate and final assembly shops will be located on the territory adjacent to the areas of the Komsomolsk-on-Amur Aviation Plant (KnAAZ - Irkut Corporation PJSC). Auxiliary and storage buildings will also be located here. In addition, the new location will become the base for a robotization center that will develop unmanned versions of Baikal and the light-engine T-500.

The implementation of the project will require the cooperation of many structures - the investor and initiator is the Ural Civil Aviation Plant (UZGA). His representative office will start working in the Khabarovsk Territory before the end of November. The Ministry for the Development of the Russian Far East and the Corporation for the Development of the Far East are working to expand the boundaries of the existing territory of advanced development "Komsomolsk", the relevant ministries of the Khabarovsk Territory provide solutions to infrastructure issues, as well as personnel training. The site in Komsomolsk-on-Amur was selected due to several favorable conditions at once, Igor Fomin noted. Here, thanks to the already existing aircraft production, the necessary energy infrastructure, educational and personnel potential is already in place, the issue of placing the manufacture of individual units at KnAAZ is being resolved.

“This issue is being considered, its solution will largely depend on the price parameters that the supplier will offer, - said Igor Fomin, - the final price of the aircraft has price restrictions, so this factor will be one of the determining factors for integration with KnAAZ. Serious technical re-equipment has been carried out there, new facilities have been created for mechanical processing, for the manufacture of various components. An important factor is the loading of KnAAZ with military and civil orders. "

Previously considered production options "Baikal" in Buryatia - at the Ulan-Ude Aviation Plant, or at the facilities of the UZGA in Yekaterinburg.

The implementation of the unmanned version of the aircraft will be fundamentally new both in production and in personnel training. It is planned that it will be operated as a cargo delivery service.

The basic version of "Baikal" is to take off for the first time on December 28, 2021 in Yekaterinburg. Serial production in the Khabarovsk Territory should begin in 2024, it is expected that it will require the creation of more than 200 new jobs. Supposed the volume of investments is estimated at about 2 billion rubles.

Measures to combat COVID are again tightened in Yakutia