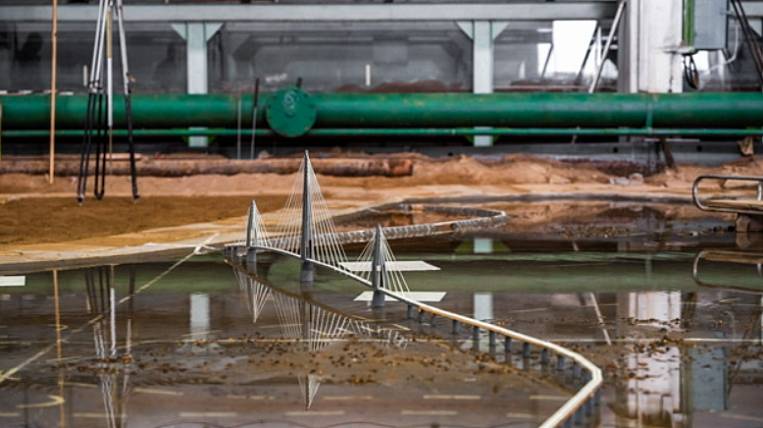 The winner of the national award in the field of infrastructure "ROSINFRA" in the field of the best projects in the framework of public-private partnership (PPP) was the bridge over the Lena River in Yakutia. The project is being implemented by the VIS group of companies.

According to the press service of the enterprise, all projects were evaluated in 14 nominations based on the results of 2020. In addition to projects that are only planned to be implemented within the framework of PPP, experts also analyzed the best production results of companies in this sector.

Lensky Bridge became the best in the field of mainline transport. This is the seventh such award for the VIS holding. As noted by the deputy chairman of the government of Yakutia, Kirill Bychkov, the region is betting on economically profitable projects that will cover the burden on the republican budget. From the construction of a bridge across the Lena, transport accessibility for the population will quadruple from 20% to 80%.

The bridge construction project is being implemented by the VIS group together with the state corporation Rostec. From design to operation is planned for about 25 years, six of which are allocated for design and construction. It has been in operation for 19 years.

Concession agreement for the design of a bridge across the Lena signed in February 2020... The cost of construction will be about 83 billion rubles, of which previously about 54 billion rubles were planned to be invested from the budget of Yakutia. At the same time, the presidential envoy to the Far Eastern Federal District, Yuri Trutnev ordered to reduce the design cost of the bridge. As noted by the deputy chairman of the Russian government Marat Khusnullin,share of federal funding there will be no more than 50%.


Tags: Yakutia Bridge across Lena construction of a bridge across the Lena Yakutsk
October 24: current information on coronavirus in the Far East
Digest of regional events and latest statistics
Related News: