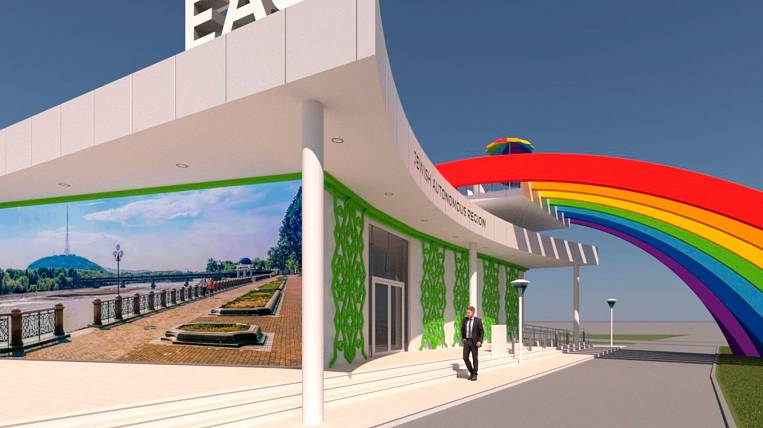 The Jewish Autonomous Region will present a project to create a biomedical cluster at Streets of the Far East. Also, in the pavilion of the EAO, they will talk about the creation of a high-tech forestry enterprise VTK Invest, a mining company for the production of enriched iron ore, the first bridge between Russia and China, and other projects.

According to the press service of the Roscongress Foundation, the Streets of the Far East exhibition will be open for EEF participants on September 2–4, residents and guests of Vladivostok will be able to visit it on September 5 and 6, and a social day will take place on September 7.

As the plenipotentiary of the President of the Russian Federation in the Far Eastern Federal District Yuri Trutnev noted, the first railway bridge between Russia and China Nizhneleninskoe - Tongjiang will open in the Jewish Autonomous Region. A powerful transport, logistics and production complex may appear here.

“This will give an economic stimulus for the development of the region and the entire Far East, will create jobs for workers, and for engineers, programmers, logisticians. This and other projects will be presented in the pavilion of the region. Guests and participants of the Eastern Economic Forum will be able to familiarize themselves with the economic potential, cultural characteristics and natural resources, ”he added.

According to the governor of the Jewish Autonomy Rostislav Goldstein, the region has rich potential in the spheres of industry, culture and tourism. All this will be demonstrated at the site of the Eastern Economic Forum.

“Guests of our pavilion will be able to learn more about the possibilities of autonomy. Along with the already proven investment projects, there will also be presented those that are just starting to be implemented. Each guest of our site will be able to get to know more about the original Jewish culture and our sporting achievements. We have something to be proud of and something to show at the VEF site, ”he said.

The region will demonstrate its tourism potential through the Kuldur sanatorium complex, the 100th anniversary of Volochaevskaya Sopka and the Jewish Township. The Jewish song ensemble "Ilanot", the folk ensemble of violinists, the duet of the cover group Holiday Pro and other artists will perform in front of the visitors of the exhibition. For sports fans, they prepare demonstration performances in kyokushinkai with the participation of the master of sports of the Russian Federation Yevgeny Bashkirov, as well as do qigong exercises. On the territory of the exposition of the EAO there will be a summer cafe with dishes of regional cuisine.

The exhibition is organized by the Roscongress Foundation with the support of the Office of the Presidential Envoy to the Far Eastern Federal District.