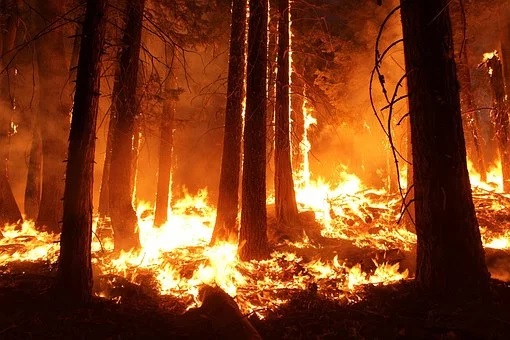 The situation with wildfires has worsened in some regions of the Far East. In the Trans-Baikal Territory, on April 27, the fire captured three times more territories than last year during the same period. In the Amur Region, the number of fires has increased by one and a half times. Emergencies Minister Evgeny Zinichev called the situation with forest fires in the Far Eastern Federal District critical.

He reported this to the President via videoconference. Zinichev clarified that the main reason is uncontrolled burning of grass. According to the governor of the Trans-Baikal Territory, Alexander Osipov, there are 19 fires on 20 thousand hectares in the region, six of them have been localized and will be extinguished in the near future.

In total, more than 570 forest fires have occurred in the region since the beginning of the year. The area covered by the fire exceeded 200 thousand hectares. The head of Transbaikalia called the reason for this state of affairs snowless winters and rainless springs. He asked for additional funding for the work of firefighters and the purchase of the necessary equipment. The Amur Region also asked for financial assistance from Roleskhoz.

The head of the Ministry of Emergency Situations proposed to tighten liability for violations of fire safety, which lead to the spread of fires in settlements. He cited as an example the experience of Germany, where you can go to prison for a year for making a fire. According to him, in Russia only 19 people over the past two years have been prosecuted for actions that led to forest fires.

Since the beginning of the year, about 3,5 thousand centers of natural fires have been recorded in Russia. More than 86% of the burning territories are in the Far East.