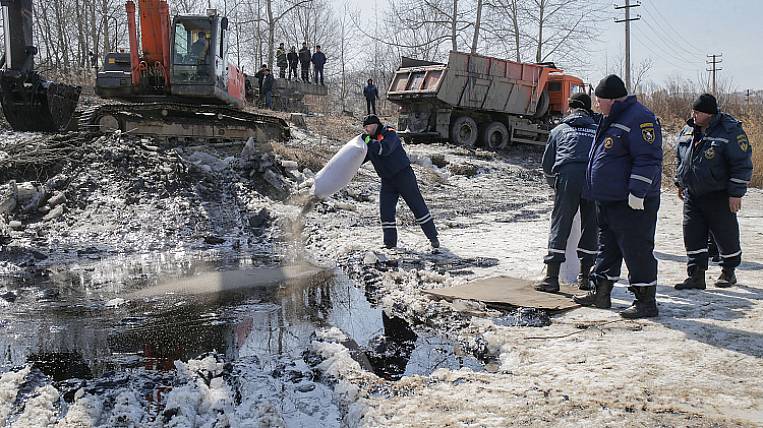 Fuel oil leaked from the tank at the Nakhodi boiler house. Experts believe that the accident was triggered by "cotton." According to preliminary information, the accident occurred after the "clap". Fuel spilled out through the top of the tank.

Now the emergency mode has been introduced in the territory, the causes of the accident are being established. According to the press service of the government of the Primorsky Territory, in Nakhodka, work is continuing to clean the fuel oil stain. Fuel oil has already been removed from Salt Lake. In total, 144 people and 35 pieces of equipment were sent to eliminate the accident.

Oil products were emitted from the tank at a petroleum product warehouse near the city boiler rooms No. 3 and 4. Despite the fact that a significant part of the fuel remained in the tank, fuel oil entered the water area of ​​Lake Solyonoye. According to rescuers, ice helped: it prevented spreading over a large area. In addition, emergency responders continue to set up embankments and other barriers to prevent further fuel spillage.