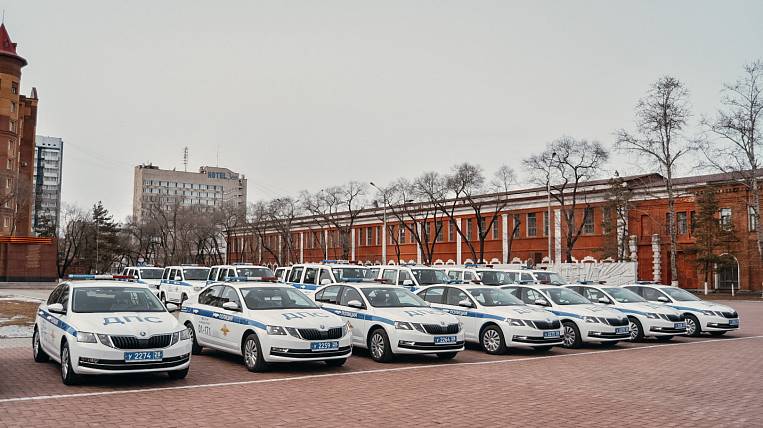 The Amur Region received 77 patrol vehicles: 54 ŠkodaOctavia and 23 UAZ-Patriot were provided to the region as part of the national project “Safe and high-quality roads”. Today, the cars were handed over to the traffic police.

According to the Governor of Amur Region Vasily Orlov, at the ceremony of handing over the cars, the cars are equipped in accordance with modern requirements, they have video recording systems and medical modules. They will be transferred to different regions of the Amur region so that the traffic police crews can quickly take measures for safe traffic on the roads.

The national project "Safe and high-quality roads" is being implemented in the Amur region for the second year in a row. This year, within its framework, 17,5 km of roads in the Blagoveshchensk agglomeration will be repaired, the construction of a bridge across the Zeya in Blagoveshchensk and the restoration of the overpass in Svobodny will begin, as well as the construction of a new overpass in Novobureyskoye. 667 million rubles will be allocated for all work on the national project, of which 405 million rubles will come from the federal budget, 262 million - from the regional road fund.