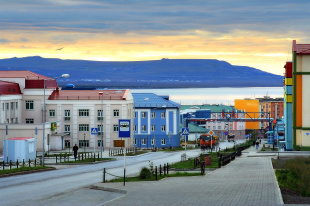 The government of the country will deal with the problems of mortgages in Chukotka. Currently, in the district, you can take out a loan only for housing in new buildings.

This became known during the visit of the head of the government of the country Mikhail Mishustin to the region. The governor of the district Roman Kopin said that according to the rules for obtaining a mortgage loan, the cities of Chukotka are excluded from obtaining the right to use and only primary housing is available to residents.

According to Kopin, 60% of the population lives in the towns of the district. It is important for them to have access to mortgages in the secondary market. Mikhail Mishustin promised to give such an order, given the special situation in Chukotka.

According to the governor, the population of Chukotka is just over 50 thousand people.

Prime Minister Mikhail Mishustin flew to Chukotka, which will begin his trip to the regions of the Far East. The head of the Cabinet of Ministers arrived in the district for the first time. The head of government has already visited the local greenhouse complex and promised support to vegetable growers in Chukotka... The Ministry of Agriculture will discuss subsidizing a part of capital expenditures to local producers of vegetables and herbs.

EastRussia Bulletin: coal and gas production has grown in Chukotka