News 23 April 2021
Magadan region 17:40 370 million rubles invested in gold mining in Kolyma
Amur Region 16:59 Questioning of arrivals will be resumed at the airport of Priamurye
Sakhalin Region 16:15 A resident of Sakhalin died while fishing for herring off the coast


15:33 The Central Bank has increased the key rate to 5% per annum
Irkutsk Region 14:54 Two killed in a homemade plane crash in Priangarye
14:33 Otkritie Bank's net profit reaches 26 billion rubles
13:52 Putin announced the extension of the holiday in the May holidays
Primorsky Krai 13:27 EEF in Primorye will be held in compliance with anti-coronavirus measures


12:47 The regions of the Far Eastern Federal District were among the outsiders of the procurement competitiveness rating
Khabarovsk Krai 11:46 The benefits of PPP for social and economic development were discussed in Khabarovsk
Sakhalin Region 11:12 Sakhalin honors the memory of the first elected governor Igor Farkhutdinov
10:35 In the Far Eastern Federal District, 50 hand prostheses received 33 people
Khabarovsk Krai 10:03 New postal vehicles appeared in the Khabarovsk Territory


Primorsky Krai 05:30 In 2021, 900 budget-funded places will be added to the universities of Primorye
05:00 It can be easier for foreign investors to obtain a residence permit
More news
Media News2

The Russian government has approved a comprehensive plan for the implementation of the construction of a marine transshipment complex (LPG) of liquefied natural gas in Bechevinskaya Bay in Kamchatka. It will allow gas to be transferred via the Northern Sea Route from the Sabetta seaport in the Gulf of Ob to the countries of the Asia-Pacific region.

The project will build two floating LNG storage facilities, an access channel in the Bechevinsky bay, a berth of the port fleet, create a system in Kamchatka and ensure the safe movement of ships. The issue of gasification of the region due to the boil off gas generated during transportation will also be resolved.

As noted in communication The Russian government’s implementation of the project will increase the volume of transportation along the Northern Sea Route from 9,7 million tons in 2017 to 31,4 million tons by the end of 2026. Also, the project intends to attract about 70 billion rubles in private investment.

The creation of port infrastructure in Bechevinskaya Bay Ministry of Eastern Development is ready allocate 5,2 billion rubles. The total amount of public and private investment in construction will be 108 billion rubles, 69,5 billion of which will be private investment. To work with foreign vessels that will approach the terminal for transshipment of liquefied natural gas, Novatek wantsexpand the boundaries of the seaport Petropavlovsk-Kamchatsky in the waters of the Bechevinsky bay. 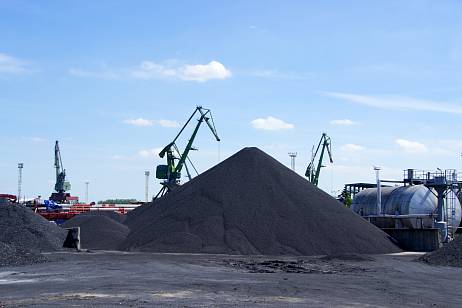