Almost all residents of Chukotka plan to vote for constitutional amendments 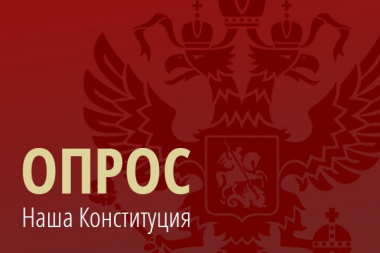 Photo: pixabay.ru
In the Chukotka Autonomous Region, more than 94% of the population intends to vote on constitutional amendments. This became known from an online survey.

According to the press service of the Okrug government, the most active participants in the study were residents of Anadyr - 31,3%, Egvekinot - 22,55% and Provideniya urban district. Most people replied that they would vote, because it was their civic duty.

The poll "Our Constitution" continues. It proposes to answer only one question and indicate the reasons for its decision. It was previously reported that voting for amendments to the country's fundamental law will April 22nd. This day is declared a day off.