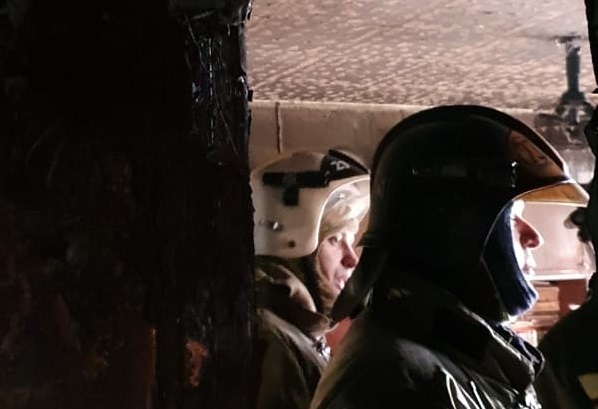 In the Khabarovsk Territory in Amursk, a gas explosion occurred in a five-story residential building. In the apartment there was a woman born in 1946, she needed the help of doctors.

As EastRussia was told at the Main Directorate of the Ministry of Emergency Situations of Russia for the Khabarovsk Territory, a message that thick black smoke was coming from an apartment on the fourth floor came to the fire brigade this morning at 8:18 local time. The woman with burns was taken away by ambulance doctors.

Upon arrival at the scene, the firefighters established that the fire had occurred due to the ignition of gas in the kitchen. The walls and ceilings melted, but there was no further spread of fire: self-extinguishing occurred. Windows and other structures were not damaged.

Firefighters took 19 people out of the entrance. 20 rescuers and seven pieces of equipment worked on the spot. The exact causes of the fire will be determined later.