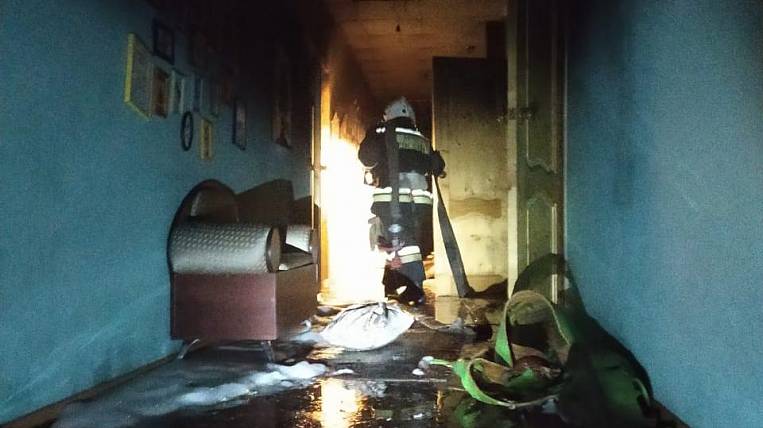 In Kamchatka, rescuers extinguished a fire at night in a boarding school for orphans and children left without parental care in Elizovo. The fire was completely extinguished, there were no casualties.

According to the press service of the Main Directorate of the Ministry of Emergency Situations of Russia for the Kamchatka Territory, a total of 35 firefighters and seven pieces of equipment were involved in extinguishing. The incident was reported to the dispatcher's console at 21:47, the fire was noticed on the second floor of the building.

The first firefighters arrived at the scene four minutes later. By this time, the staff and children had been evacuated to an adjacent building. The fire was completely extinguished at 22:44. In total, the fire spread over an area of ​​ten square meters. The reason is being investigated.