08:00 Hungary is the first in Europe to open borders for Russians
Trans-Baikal Territory 07:43 Quarantine for visitors from abroad was canceled in Transbaikalia
Khabarovsk Krai 07:31 VTB provided over 800 million rubles to the business of the Khabarovsk Territory at 2%
The Republic of Sakha (Yakutia) 07:14 The outbreak of COVID-19 occurred in a neuropsychiatric boarding school in Yakutia
Khabarovsk Krai 07:07 Five patients with COVID-19 died per day in the Khabarovsk Territory


The Republic of Sakha (Yakutia) 06:55 Two people with coronavirus died in XNUMX hours in Yakutia
06:41 Kudrin: Russia's economy is stagnant
Khabarovsk Krai 06:29 Residents of the Khabarovsk Territory were asked not to allow riots
06:07 Sberbank has developed a massive update of its application
Trans-Baikal Territory 05:53 An elderly man with COVID-19 died in Transbaikalia


05:42 Employees on the "remote" offset the cost of work
Irkutsk Region 05:24 The number of cases of COVID-10,5 in the Angara region approached 19 thousand
Magadan region 05:13 The fifth patient with coronavirus died in the Magadan region
05:08 Coronavirus vaccine tests completed in Russia
The Republic of Buryatia 04:51 The number of cases of COVID-19 exceeded 3,4 thousand in Buryatia 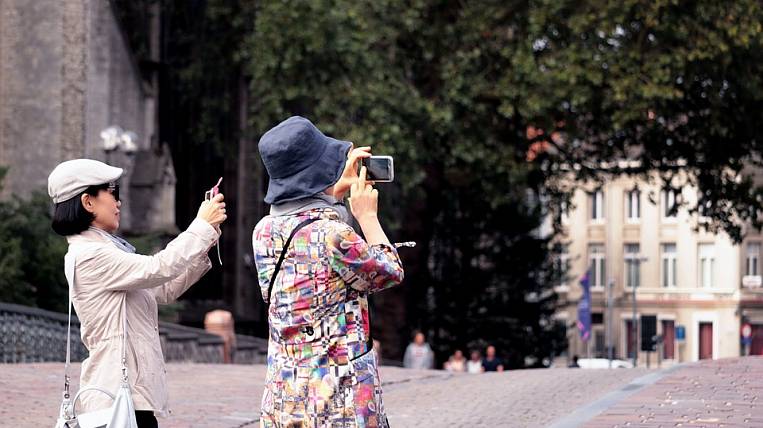 Chinese tourists are increasingly choosing the Kamchatka Territory for recreation. In 2018, the region was visited by 2 582 people, which is almost twice as much as in 2017.

According to the press service of the Kamchatka Tourism and External Relations Agency, the PRC is a key partner of the region among Asian countries for the export of tourism services. At the last meeting with the delegation of the Consulate General of China, they discussed the resumption of regular flights and the implementation of a charter program of air communication with the PRC.

The parties also intend to develop cruise programs. According to Deputy Consul General Wang Xuechun, this new direction and most of the routes so far are concentrated in the southern warm regions. However, China is ready to include Kamchatka in the route network.

Tour operators offered their list of countries to resume flights

Rostourism will tell about the regions of the place with TikTok