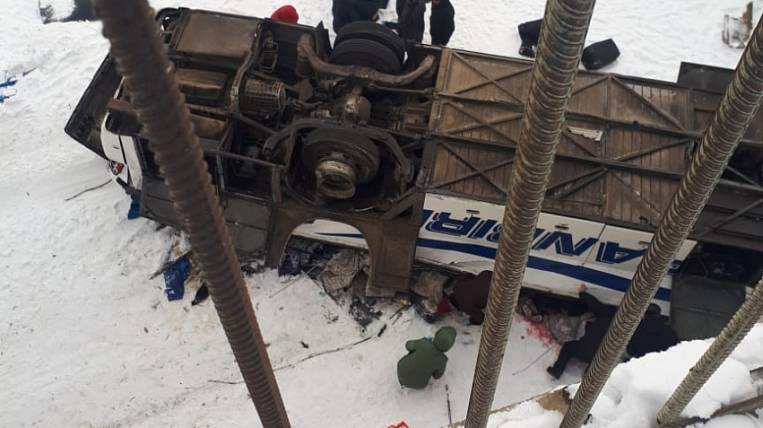 The authorities of the Trans-Baikal Territory will provide all necessary assistance to the victims and families of those killed in the accident with the Sretensk - Chita bus. They will receive psychological and medical support, as well as material payments.

Passenger bus Sretensk - Chita flew off the bridge across the Quenga River on December 1. He rolled over and fell. 19 people died, 21 received various injuries. Granbird, in which there were 43 passengers and drivers, belonged to an individual entrepreneur.

The injured were taken to the district hospitals of Nerchinsk, Shilka and Kokuya. Eight of them are in serious condition, five - on average. Six people on the sides of the air force were evacuated from Nerchinsk to the regional hospital in Chita.

According to the press service of the regional government, consultations with leading medical centers in Moscow were held in a video conference mode. The situation is controlled by the Russian Ministry of Health and personally by Tatyana Golikova.

Deputy Prime Minister and Presidential Envoy to the Far Eastern Federal District Yuri Trutnev instructed the embassy to take control of the investigation into the causes of the incident and provide assistance to the victims and families of the victims. The governor of Transbaikalia was instructed to quickly organize the coordination of emergency services, to provide victims with medical assistance, timely payment of material assistance.

Permits for mass events will be introduced in Transbaikalia