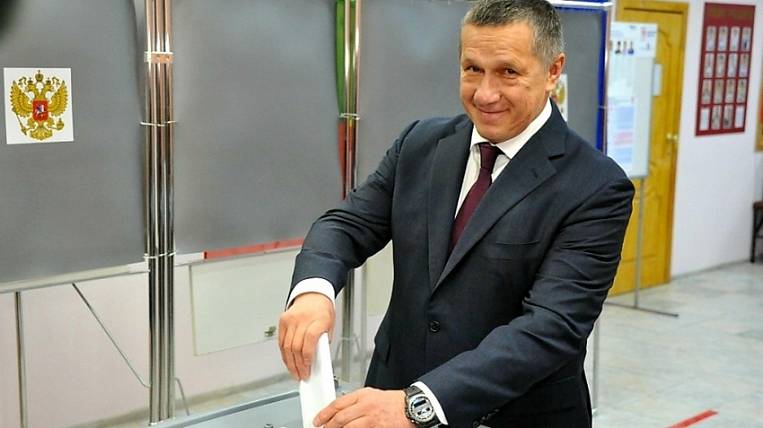 The presidential envoy to the Far Eastern Federal District Yuri Trutnev voted at polling station No. 142 in Chita. He arrived in the region on a working visit.

According to the press service of the government of the Trans-Baikal Territory, voting in the elections of deputies to the State Duma of the eighth convocation began this morning. Yuri Trutnev submitted an application in advance to vote at his location, not residence.

As the plenipotentiary noted, he often visits the regions of the Far Eastern Federal District, so voting here is his job and responsibility. He also noted that in the Far East he helps build schools, hospitals, roads and kindergartens, and implements new investment projects. This, in his opinion, is the preparation for the elections. Trutnev wished Transbaikalia to become a more comfortable region, convenient for life.

The elections will be held in three days. There are 927 polling stations in Transbaikalia. In total, more than 780,6 thousand voters will be able to vote in Transbaikalia, of which more than 243,3 thousand are in Chita. In addition to the State Duma deputies, the region hosts additional elections of deputies to the legislative assembly, 176 municipal campaigns for elections to local self-government bodies.