Polymetal supported the northern regions of the Magadan region and Chukotka 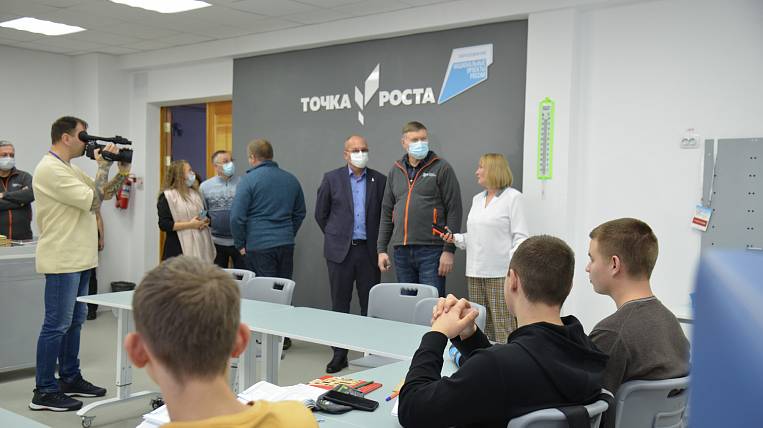 In 2021, Polymetal allocated more than 125 million rubles for the development of social infrastructure in several districts of the Magadan Region and the Chukotka Autonomous District. The funds were invested in repairing and equipping schools, clinics, kindergartens and cultural institutions, as well as supporting the indigenous minorities of the North.

Within the framework of the agreement on social and economic cooperation between Polymetal and the Omsukchan city district in 2021, the company's social investments in the repair of schools and houses of culture amounted to 25 million rubles. A multidisciplinary center "Growth Point" has appeared in the village of Dukat - a complex of laboratories and rooms equipped with everything necessary for conducting experiments in chemistry, physics, as well as for in-depth studies in computer science and mathematics. In addition, a heating unit, hot and cold water supply networks, as well as the sewerage system of the local school were repaired at the school of the village, the roof was put in order in the Leisure Center and the kindergarten food unit was modernized.

The polyclinic in the village of Omsukchan received new equipment, including a computed tomography room, which raised the diagnosis of many diseases to a new qualitative level, and, first of all, the diagnosis of coronavirus infection. For these purposes, over 32 million rubles were invested in excess of the amount of the social partnership agreement.

In the Srednekansky District, thanks to the support of Polymetal, in 2021, the facade of the school was completely renovated and a functional fence was installed along its perimeter. More than 11 million rubles were allocated for these purposes. As part of the support of the indigenous small-numbered peoples of the North, the local history club "Olokh" received new furniture, a new children's playground appeared in the village, in addition, funds were allocated for holding national holidays.

In both Omsukchan and Srednekansky districts of Kolyma, almost all social institutions received serious support in terms of measures aimed at preventing the spread of coronavirus infection. Over the course of 2 years, Polymetal has been promptly supplying schools, cultural centers, and leisure centers with all the necessary personal protective equipment.

In 2021, Polymetal allocated more than 22,5 million rubles for social projects in the Severo-Evensky urban district (this is the most remote district of the Magadan region). With these funds, the sanitary facilities of the boarding school were repaired, the territory of the bath complex was landscaped and building materials were purchased for the repair of residential buildings in the villages of Verkhniy Paren and Topolovka. Part of the funds went to support the indigenous peoples - the organization of national holidays, the purchase of fuel and lubricants and food for reindeer herders.

In Chukotka, in the Pevek city district, Polymetal pays special attention to targeted investments in education. More than 16 million rubles were allocated for the renovation of the Education Center, for the kindergarten "Golden Key", the Chukotka North-West Technical School in the city of Bilibino and for the School of Arts, interactive information systems were purchased. Next year, district newspapers will start printing on good equipment: the company has purchased a modern digital risograph. And the long-awaited renovation was carried out at Pevek's television studio.

In total, in Chukotka, Polymetal has invested more than 20 million rubles in joint social projects with the territory.

Director of the Magadan branch of Polymetal Vladimir Bloshkin noted that work to support the population of Kolyma and Chukotka will continue:

- We work in the areas that we work out together at meetings with the public and local authorities. The most important thing is to create such conditions for our children to want to live and work here. We have very serious advantages over all of ours, including foreign partners, because we have a mineral resource base. It allows us to develop the territories where Polymetal operates, to create decent conditions for our children and our workers.