Contractors in Buryatia punished for leaking roofs of high-rise buildings 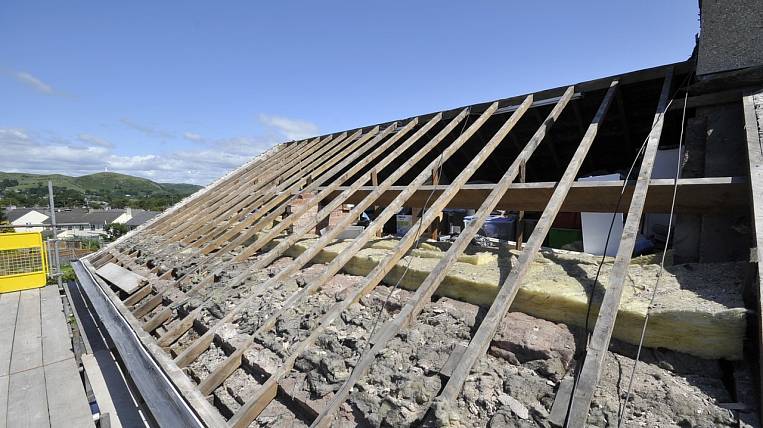 The Office of the Federal Antimonopoly Service in Buryatia fined officials of Montazh Plus and Irkutsk Estates companies for changing the terms of the contract during its execution. They did not complete the repair of the roofs of four apartment buildings in Ulan-Ude on time.

According to the republican prosecutor's office, the Fund for Overhaul of Buryatia has concluded contracts with contractors for overhaul of the roofs of four apartment buildings on the streets of Rodina and Moskovskaya in Ulan-Ude. However, the companies violated the deadlines for the work. They have not yet been completed and accepted by the Fund, although they should be completed in September-November 2019.

The expert of the information portal Zhilfin.rf (within the framework of the project of the Ministry of Finance of Russia on financial literacy) Lolla Kirillova explains, if it is a violation of the overhaul period by contractors, it is necessary to find out who the customer is. It can be both the Criminal Code, Homeowners Association, and the tenants themselves, if they chose this way of managing an apartment building.

“In the latter case, tenants send a complaint to the contractor demanding that they finish work on time and pay a penalty for delay. If the requirement is not fulfilled - you need to go to court. Filing complaints to the State Housing Inspectorate and the prosecutor’s office also doesn’t interfere, ”said Lola Kirillova.

If it is not a matter of overhaul, then the improper performance of its obligations to maintain the common property of the apartment building, to eliminate leaks on the roof is the basis for the responsibility of the management company. In order to attract a management organization to compensate for damage caused to residents and their property, the expert advises to compile an act inventory of the condition of apartments and property located there. You also need an act on the causes of the leak and an appraiser’s opinion to calculate the amount of damage.