Almost 300 investment projects launched in the Arctic since 2020 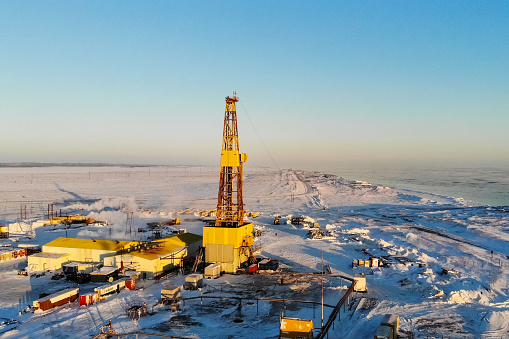 As IAA EastRussia was informed in the press service of the plenipotentiary of the President of the Russian Federation in the Far Eastern Federal District, these projects require state support for effective implementation. This was stated by Plenipotentiary Envoy Yuri Trutnev within the framework of a report at a meeting of the Federation Council of Russia.

He noted that more than 20% of Russian exports are formed in the Arctic.

“The Arctic has a number of advantages, such as significant reserves of natural gas, oil, platinum, copper, titanium. Oil and gas fields in the Yamalo-Nenets and Nenets autonomous districts, the nickel field in Norilsk are the largest not only in the Russian Federation, but also in the world, he said.

Yuri Trutnev recalled that the development of the Baimskaya ore zone requires the construction of a sea terminal and the Baimsky GOK - Bilibino - Cape Nagleynyn highway. To provide the project with electricity, a floating nuclear power plant will be located in the area of ​​the seaport of Pevek, and a power transmission line will be built to transport electricity. Segezha Zapad will be the first project to create a pulp and paper mill in the last 40 years.

The development of the Syradasay coking coal deposit will ensure the transportation of coal along the Northern Sea Route in the amount of seven million tons per year by 2026. Speaking about the sectoral structure of investments, the plenipotentiary noted that more than 70% of investments in the Arctic fall on projects carried out in the mining industry.

According to the Deputy Prime Minister, by 2024 the number of projects implemented with state support will be at least 320. The volume of actual private investments is at least 176 billion rubles, and the volume of planned investments under agreements is 1,8 trillion rubles. At least 30 thousand jobs will be created, and the average wage in the Arctic will increase to 112 thousand rubles.

The area of ​​the Arctic region is 28% of the country's territory. At the same time, 2,6 million people live in the Arctic, the population density is one person per two square meters. km. Four constituent entities of Russia are fully included in the Arctic zone, five - in part.