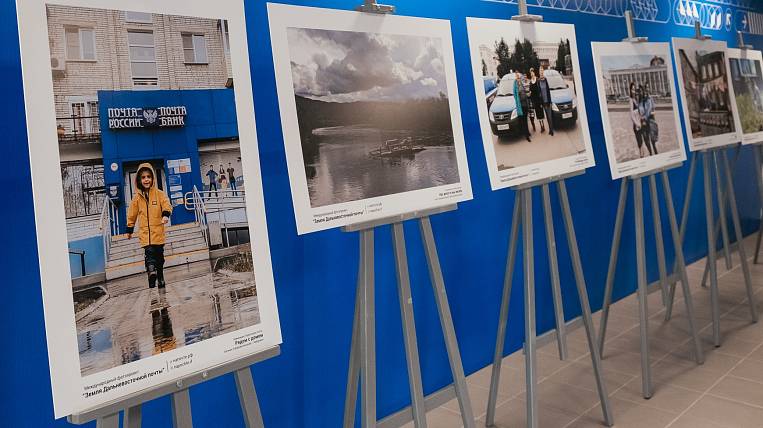 Russian Post has become a partner of the "Literature of Pacific Russia" festival. There is a mobile post office and a tiger photo zone at the festival site.

According to the press service of the Russian Post, guests of the festival using a special mailbox can send holiday correspondence - limited edition postcards with images of famous Far Eastern writers. Russian Post will deliver postcards to anywhere in the world for free.

In addition, the participants of the festival and its guests can take pictures in the photo zone and take part in the charity project "Good Tree", which makes it possible to donate a subscription to periodicals to any social institution.

Part of the festival's exposition was the photo exhibition "Land of the Far Eastern Post" - the first photo competition associated with the Post. As noted by Ekaterina Gavrilova, head of the marketing and corporate communications department of the Far East macroregion of the Russian Post, the photo exhibition united cultural traditions, technologies, people's smiles - everything that can be conveyed with the help of a photograph about the Post.