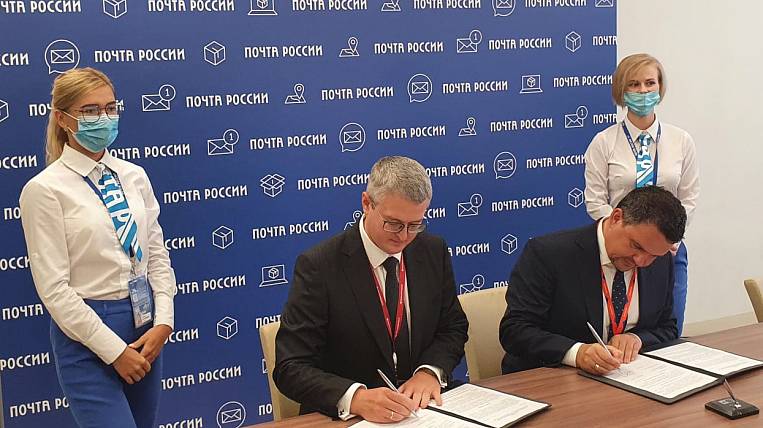 According to the press service of the Russian Post, the funds will be spent on updating the postal infrastructure and increasing the availability of postal services in the villages. The document also defines the interaction between the authorities and the company.

As Vladimir Solodov noted, due to the lack of the Internet and unstable mobile communications in a number of Kamchatka villages, postal services are the only means of communication. Within the framework of the agreement, not only the repair of the departments will be carried out, but also their equipping with modern equipment and technical means. Such measures will reduce the delivery time of mail.

Maxim Anisimov added that the main goal of the three-year cooperation is to improve the efficiency of the postal network in the region. It is also important to create a comfortable and modern environment for customer service.

In total, there are 112 post offices in Kamchatka, over the past two years the Russian Post has modernized and completely repaired four of them, and adapted six branches to serve low-mobility clients under the Accessible Environment program. By the end of 2021, the company will repair four more post offices for about 12 million rubles, as well as expand the areas of express courier delivery in the cities of Elizovo and Vilyuchinsk.

In addition to jointly determining the timing of the repair, the Kamchatka authorities will look for premises for the relocation of post offices located in dilapidated premises. According to the plan, it is necessary to find new premises in each settlement, they will be transferred to the company. During the term of the agreement, 22 post offices will be repaired or transferred to new buildings.