Based on the results of geological exploration, the gas reserves of the Sakhalinskoye-Kirinskoye field are increased by 13 percent

During the press conference “Development of the mineral resource base. Gas production. GTS Development ”, held yesterday at the Gazprom headquarters, it was noted that consistent and systematic development of the resource base, production and transportation capacities allows Gazprom to occupy a leading position in the global gas market and provide consumers with the required gas volumes without interruption.

According to the exploration work carried out in 2013, gas reserves of categories С1 + С2 in the Yuzhno-Kirinskoye field on the shelf of the Sea of ​​Okhotsk were increased by 13% - from 564 to 636,6 billion cubic meters. m

According to Sergei Akhmedsafin, Deputy Head of the Gas, Gas Condensate and Oil Production Department of Gazprom, due to the ongoing adjustment of reserves, it was decided to postpone the commissioning date of the Yuzhno-Kirinskoye field in Sakhalin from 2018 to 2019. In 2014-2016, the company expects to carry out the final additional exploration of the deposit's reserves. For this, it is planned to drill five more exploration wells.

The Yuzhno-Kirinskoye gas condensate field was discovered in 2010. Gazprom has a unique Russian experience in the development of shelf fields. It is noteworthy that on Kirinskoye field in the Sea of ​​Okhotsk, for the first time in Russia, the company applied the technology of completely underwater mining. 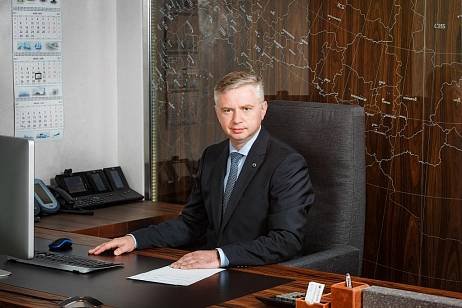