Following the APEC summit in Beijing, a joint declaration was adopted

The result of the two-day discussions of the leaders of the economies of this forum was the adoption of the 24-page declaration, supplemented by four annexes, as well as a separate statement on the occasion of the APN's 25 anniversary, TASS reported.

The leaders thanked China for the successful holding of the meeting, and also confirmed their intention to meet next year at the summit in the Philippines, which took over the chairmanship of the PRC.

The heads of state and government of APEC also agreed on a schedule of further summits, which will be held from 2016 to 2022 year respectively in Peru, Vietnam, Papua New Guinea, Chile, Malaysia, New Zealand and Thailand.

Plan to strengthen interconnection in 2015-2025 years

APEC countries have developed a plan to strengthen interconnection in 2015-2025, says the annex to the declaration adopted by the leaders following the results of the APEC summit.

"We pledge to strengthen regional connectivity in the physical, institutional and humanitarian dimensions by adopting coordinated measures and achieving the goals set by 2025 in the interests of forming an integral, comprehensively interconnected and integrated space in the APR," the materials say.

Trade and economic cooperation between Russia and China: a tenfold increase

In particular, "in the physical sphere, we will focus our efforts on improving the investment climate, increasing financing for infrastructure construction by building up public-private partnerships and using other tools in APEC member economies, introducing a comprehensive assessment method that takes into account key quality elements when considering proposals projects, etc. ".

In the area of ​​institutional interconnectedness, APEC countries will strive to achieve progress in jointly addressing trade facilitation, structural and regulatory reforms, and reducing administrative barriers in the field of transport and logistics. In order to enhance humanitarian interconnectedness, the APEC countries will focus on simplifying the conditions for cross-border movement of people, as well as the exchange of innovative ideas.

The APEC countries have also extended the commitment to abandon protectionism until the end of 2018.

"We reaffirm our commitment to abandoning any form of protectionism," the declaration says.

"We are extending our respective commitment until the end of 2018 and reaffirming our readiness to roll back protectionist and other restrictive measures on trade," the document says.

In addition, the declaration reinforces the commitment to "maximum restraint in the implementation of measures that comply with the WTO provisions, but have a significant protectionist effect, as well as their early withdrawal where they have already been applied."

The leaders of the APEC countries expressed concern over the impasse in the implementation of the WTO Agreement on Trade Facilitation and believe that this undermines the credibility of the organization as a negotiating platform. Such a declaration is also contained in the declaration.

"We are deeply concerned about the impasse in the implementation of the WTO Trade Facilitation Agreement, which has called into question the possibility of implementing the Bali accords," the document says. "This situation undermines confidence in the WTO as a negotiating platform."

"APEC will vigorously and creatively play the role of a leader in jointly with all WTO members to find ways to overcome this impasse and implement the Bali decisions, continuing to work on the post-Bali agenda, which should become the cornerstone for the completion of the Doha Round," the declaration says.

Stimulating the development of entrepreneurship

APEC countries intend to support the "Internet economy" and stimulate the development of entrepreneurship.

"We support cooperation in promoting the Internet economy and welcome the creation of a dedicated steering group to discuss relevant issues, take concrete measures and encourage specialized cooperation at various sites within APEC. We will help build capacities and stimulate entrepreneurship and innovation." stated in the appendix to the declaration.

The member countries of the organization declared their intention to "make the most of the" Internet economy "in order to create favorable conditions for the empowerment of vulnerable and socially vulnerable groups of the population, especially women, youth, persons with disabilities and the poor."

“We support the healthy development of internet finance and will work together to define the framework needed to make it a growth tool,” the document says.

APEC countries will also promote safe, efficient, affordable and inclusive financial services to enable small and medium-sized enterprises and individuals to benefit from economic growth in order to create an enabling, secure, and collaborative environment for Internet development. economics ".

"We agree with the inclusion of the problem of overcoming the" middle income trap "in the work program of the APEC Economic Committee with a view to discussing it in detail and helping to build up specialized cooperation," the materials indicate.

As part of the work in the direction of "economic reform" in 2015, a profile ministerial meeting will be held, including with the aim of reviewing the implementation of the new APEC strategy in the field of structural reforms, developing directions for further development after the implementation of the strategy, discussing ways to overcome the "middle income trap", and considering the issue of extending the business facilitation program until 2020.

"We intend to encourage interaction, information exchange and capacity building in the field of economic policy, harmonization of rule-making and good regulatory practices, and also support the efforts of the participating economies to share experiences and best practices in the field of innovation, reform and growth stimulation," documents following the summit.

The "middle income trap" is a situation in economic development when a country, having achieved a certain income, cannot advance beyond that level.

Improving the efficiency of supply chains

The leaders of the APEC countries have confirmed their intention to increase the efficiency of supply chains of goods by 10% by 2015.

"We reaffirm our commitment to addressing the challenge of increasing the efficiency of supply chains by 10% by 2015 in terms of time costs, cost costs and the reliability of movement of goods and services in the region," says one of the annexes to the declaration following the 22nd meeting of leaders APEC countries.

"We intend to further improve the capacity building program to eliminate identified bottlenecks in supply chains and increase their efficiency," the document says.

It emphasizes that to this end, APEC leaders will take additional actions, including the establishment of the APEC Supply Chain Alliance and the encouragement of cooperation on issues of "green" supply chains.

Countering the spread of Ebola

The countries of the Asia-Pacific Economic Community are stepping up cooperation within APEC and with African countries to counter the spread of the Ebola fever, the declaration says.

“With regard to countering the rapid spread of the Ebola virus, we have decided to intensify cooperation between our economies on this issue and to work closely with African countries to help them effectively eliminate the outbreak of this disease, as well as prevent, early detection and containment of such epidemics in future ", - the document emphasizes.

APEC leaders have decided to continue helping people in fever-affected areas to overcome the crisis, "until we finally win over the disease." 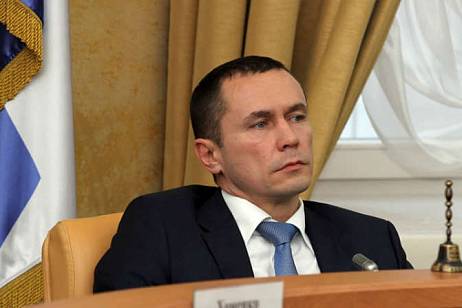