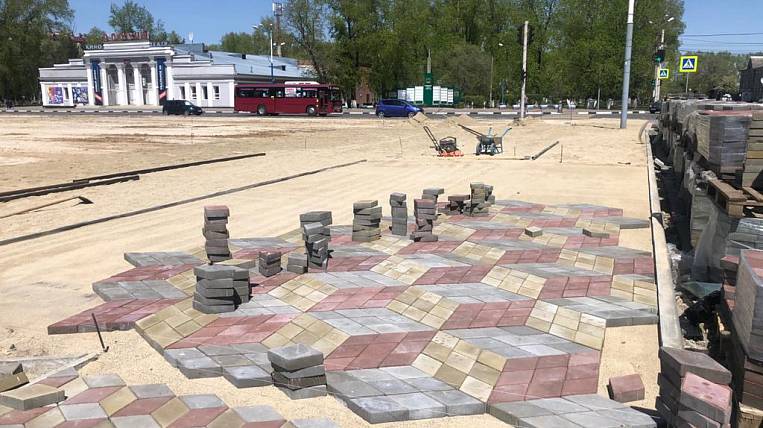 Land improvement has already begun. Contractors dismantled the old sidewalk, road tiles and side stones. A new road and sidewalk stone has already been installed there, a foundation has been prepared from the screening of crushed stone, now paving slabs are being laid.

An illuminated fountain will appear on the square. A reinforced concrete ring under its lower bowl has already been mounted, now it is faced with granite.

This year, 42 courtyards and ten public territories will be improved in the Amur Region as part of the project “Forming a Comfortable Urban Environment”. Work will take place in Blagoveshchensk, Belogorsk, Zavitinsk, Zeya, Svobodny, Skovorodino, Raichikhinsk, Tynda, Shimanovsk, Tsiolkovsky and the village of Progress. More than 243,8 million rubles will be allocated for projects.