Sberbank platform is used to conduct the "Immortal Regiment" 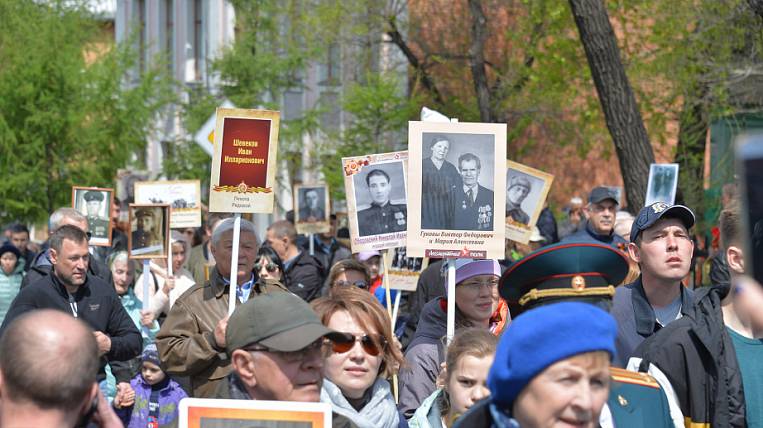 Due to the spread of coronavirus in Russia, it was decided to transfer commemorative actions to Victory Day online. Sberbank has joined the movement and has already provided its own platform for the “Immortal Regiment”.

The action is held annually in all cities of Russia, but this year, because of the threat of the spread of coronavirus, the authorities recommend that they stay at home and not get together by large companies, especially for a mass rally. Previously, various options were discussed on how to spend Victory Day in such conditions: on May 9, it is proposed to go out on the balconies and sing the song “Victory Day” at one time, to gather in the yard with a portrait of grandfathers and great-grandfathers. But one of the most convenient solutions was offered by Sberbank and Mail.ru.

According to the Deputy Chairman of the Board of Sberbank Stanislav Kuznetsov, the platform “Memory Bank” will be used to organize the procession “Immortal Regiment”. Each Russian will be able to upload a photo of his veteran to the special section, and then the photo will appear in the general "procession".

“In a short time, we developed a safe solution for this beloved action. Victory Day is a holiday that unites all generations. And thanks to modern technology, the holiday will still take place. In addition, not only a photo of a relative can be uploaded to our platform, but also additional information - where he served, in which trench he fought. So the current difficult conditions give us another opportunity - to unite. The Russians will be able to find the descendants of those who were shoulder to shoulder with their grandfathers and great-grandfathers, to get closer to each other. And nothing will prevent the regiment from “going,” Stanislav Kuznetsov said at a press conference on the rally.

The Immortal Regiment itself will be broadcast online on various resources - in the online cinema Okko, on the services of Rambler and Mail, in social networks and on TV channels. By the way, Odnoklassniki and VKontakte will also launch special sections where you can upload photos. Registration is open directly on the site of the Immortal Regiment. All pictures will be moderated before publication. Volunteers will help in this.

More than 500 thousand self-employed registered in the Sberbank service