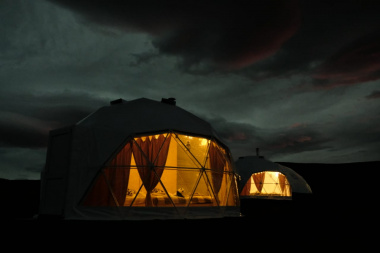 The first glamping base "Umka" was opened in the Chukotka Autonomous Okrug on the Far Eastern hectare. It is located near the village of Lawrence. On the first day of work, September 14, the governor of the region, Roman Kopin, visited there.

According to the press service of the Chukotka government, a local entrepreneur Maxim Krupenya organized a new tour facility. As Kopin noted, glamping for Chukotka is a new direction, and the location has been chosen more than well - Goryachy Klyuchi are nearby.

There are several domed structures at the tourist base. To solve the problem with transport accessibility, the entrepreneur also provides guests with transfer services. A maximum of 10 groups can be accommodated here during the tourist season, in groups of four.

For the construction, the entrepreneur took advantage of several types of state support. In particular, he received a loan from a regional microcredit company in the amount of five million rubles at 5,5%. The total investment in the project amounted to about six million rubles. Another 500 thousand of them were allocated through the Department of Finance, Economics and Property Relations of the Okrug as a grant.

Tours to Egypt may be cheaper for Russians 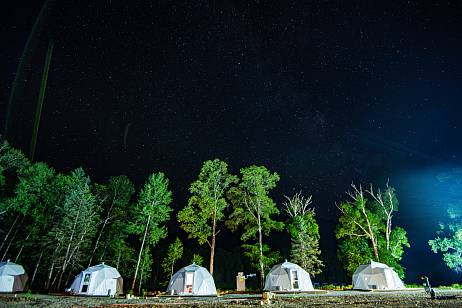