The first detentions occurred at a rally in support of Furgal 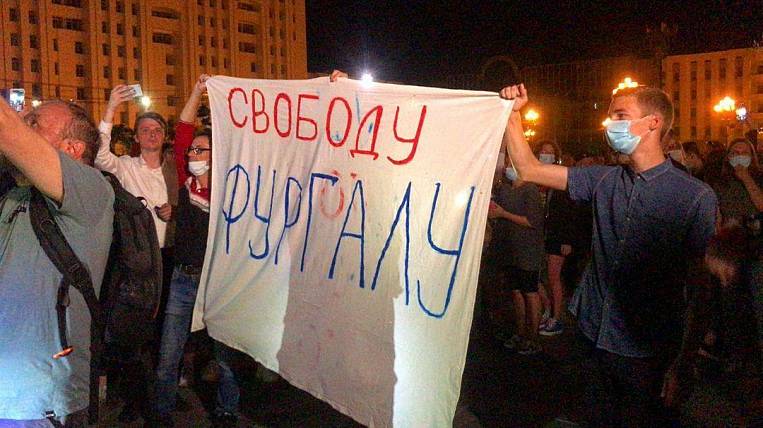 Several participants in the next spontaneous rally in support of the arrested governor of the Khabarovsk Territory Sergei Furgal were detained by police. They behaved aggressively, one was drunk.

The protest rally took place in the evening of July 12 in Khabarovsk. The protesters again passed from Lenin Square to Komsomolskaya Square, then returned to the government building, where they began to demand an answer. Four people behaved aggressively, provoked law enforcement officers, and as a result, after several warnings they were detained.

The evening protest dragged on for a long time - people did not disperse until late at night. Their motorists supported them - they were buzzing with horn, even despite the late time.

The first mass rally in support of Furgal was held in Khabarovsk on July 11, according to various estimates, from 20 to 50 thousand people took part in it. Then the townspeople took to the main streets at noon on July 12 and held a motor rally. Actions in support of the governor were held in other settlements of the region.

Sergey Furgal detained on July 9. Him suspected of attempted murder and murder a number of entrepreneurs in 2004-2005. Other participants in the case called the head of the region the organizer crimes.

The governor was sent to Moscow, where he charged, but he did not plead guilty. Basmanny court chose a preventive measure - two months arrest.