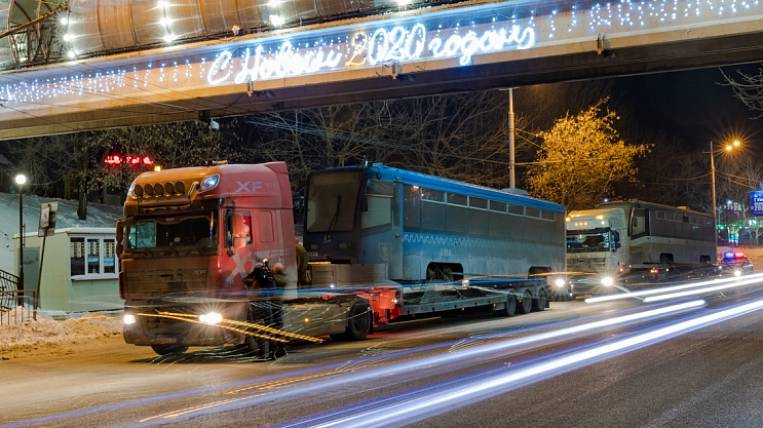 On the night of January 10, two trams were delivered to Vladivostok from Moscow. They were brought on special auto platforms. Another eight wagons will arrive in the city soon.

These are the first of ten cars that are free handed over to Moscow authorities in Vladivostok. According to the press service of the city administration, the cars were delivered to the tram depot, now they are being prepared for work and drawn up in municipal property.

Before departure, the trams were inspected by specialists of the Vladivostok Transport Department, according to them, the cars are in good technical condition and underwent major repairs. The capacity of wagons is 120 people. They were released at the Ust-Katav Carriage Works named after Kirov in 2005-2007.