The first preferential mortgage issued in the Far East 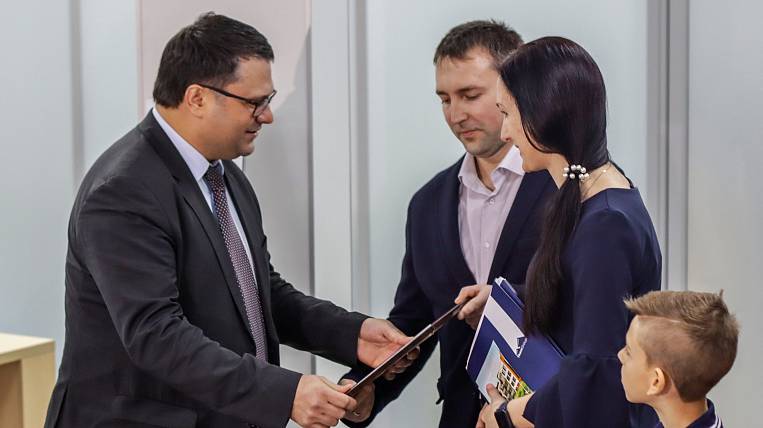 The first recipients of the Far Eastern mortgage were three young families from Vladivostok. Two percent certificates were handed to them by the first deputy head of the Ministry for the Development of the Russian Far East, Sergey Tyrtsev.

Among the first recipients of preferential mortgages was 32-year-old Yulia Yanin. She plans to celebrate a housewarming party with her daughter next year, she intends to buy an apartment in a house under construction. According to Yulia, she began to look for a housing option right after she heard the president speak about the development of preferential mortgages for the Far East.

According to the press service of the Ministry for the Development of the Russian Far East, the program operator - DOM.RF, which also issues preferential mortgages to the Far East, will compensate banks for the difference between the market and preferential rates. In addition to him, the Asian-Pacific Bank is participating in the program. There will be more participating banks in the future.

This week, Prime Minister Dmitry Medvedev signed preferential mortgage decree in the Far East. Its term should not exceed 20 years and an amount of six million rubles. With credit money, you can buy an apartment in the primary market in the city or secondary in the countryside or build a house.

To implement the program from the federal budget will allocate more than 14 billion rubles. This will allow to issue 147 thousand loans in the amount of 450 billion.