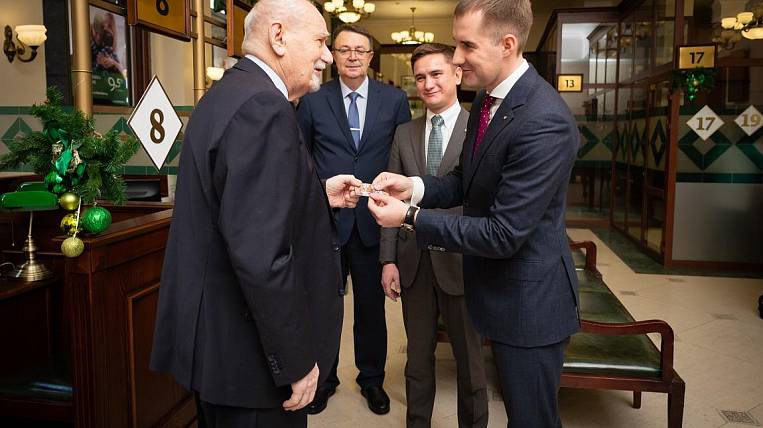 The first social card Primorets, issued by Sberbank, was solemnly awarded in the Far Eastern capital. It was received by an honorary resident of Vladivostok, Honored Worker of Science and Technology of the Russian Federation, professor, for 15 years the head of the FESTU, chairman of the regional branch of the Union of Pensioners of Russia of Primorsky Territory Gennady Turmov.

The Primorets card gives you the opportunity to receive discounts on purchases in large retail chains. Ten partners have already joined the project, including grocery supermarkets, a pet store, a pharmacy, a medical clinic and a fitness club.

“The accession of the largest Russian bank - Sberbank - to a social project has already caused a breakthrough in the implementation of the project, we are registering a sharp increase in the number of applications for issuing cards. I note that the functionality of the card is constantly evolving. Next year, for example, it will be possible to pay for travel in transport, receive various compensation payments for privileged categories of citizens, ”said Sergey Maksimchuk, acting vice-governor.

You can apply for a card at any office of Sberbank, for this you need to present a passport, SNILS or a document confirming the preferential status of a citizen. According to the press service of the bank, social cards are available to all privileged categories of citizens.

“We are very pleased that Sberbank, together with the administration of Primorsky Krai, were the initiators of the launch of a project so important for all residents of the Krai. We immediately actively joined it and supported us with all our might. In the future, it is planned to increase the number of Primorets card services, with which citizens will be able, including by undocumented means, to receive compensation due to them. This is especially true for customers who cannot personally go to the bank, ”said Sergei Radyushkin, manager of the Primorsky branch of Sberbank.