Children offered to help father with children abandoned at airport 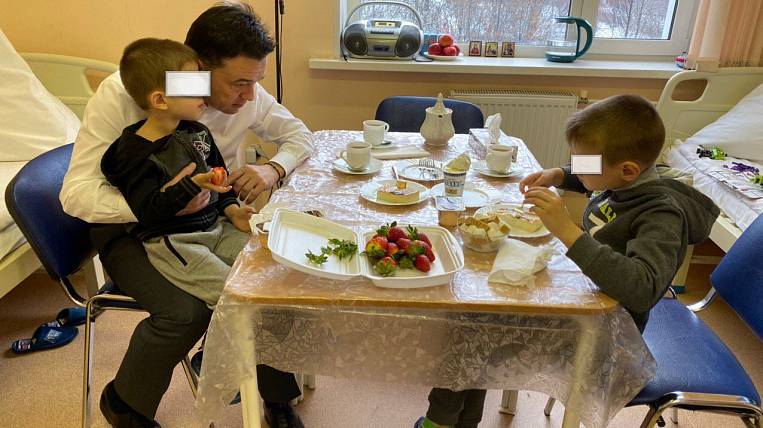 A resident of the Khabarovsk Territory who abandoned his children at the Moscow Sheremetyevo airport can be helped with work. This was written in his twitter account by the governor of the Moscow region Andrei Vorobyov.

“I visited the guys left in Sheremetyevo. We had breakfast together. The mood is great. They are preparing for an excursion to the aquarium, then they will come to me. We are waiting for dad Victor, we will find a job for him. Children love him very much, ”wrote the head of the region.

On Sunday, January 26, boys born in 2011 and 2014 were found in one of the airport terminals. They were left by his own father, along with documents for the children, school diaries and a copy of his passport. In a note, he indicated that he temporarily could not take care of the boys, but wanted to pick them up later.

As reported "Vesti.ru", the father is now wanted by the police, and the brothers decided to send back to the Khabarovsk Territory. This was stated at a briefing by the Commissioner for the Rights of the Child in the region Victoria Tregubenko. It is known that the family lived in Komsomolsk-on-Amur. The boys' mother did not live with them, she is divorced with her husband.

The man who abandoned his sons at the airport was released