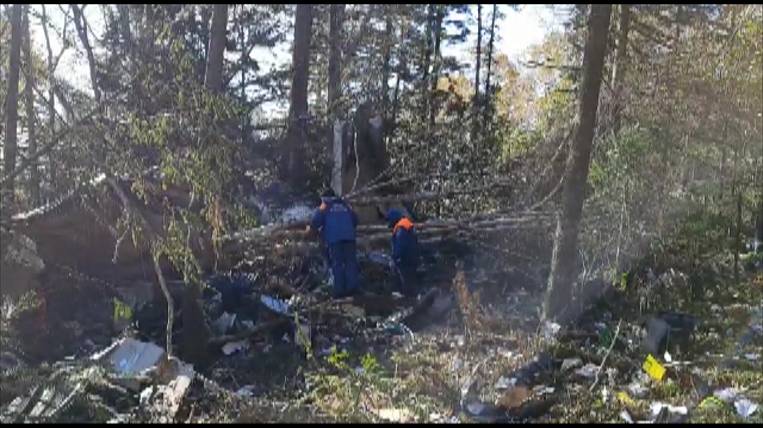 In Khabarovsk, the investigation team of the Eastern Interregional Investigation Department for Transport discovered the remains of the dead crew members of the An-26 aircraft. He crashed on Mount Khrebtovaya in the Bolshekhekhtsirsky nature reserve.

According to the press service of the Eastern Interregional SU in Transport, the site of the incident is being examined. The remains of the crew members have already been found. They were transferred to expert institutions for forensic examinations and genomic analysis. Personal belongings of the victims were also confiscated.

Also, the investigation team recorded the crash site of the aircraft wreckage, the condition and readings of navigation equipment instruments. At the same time, the flight recorder with the records of the pilots' conversations has not yet been found. The investigation of the criminal case continues.

Aircraft An-26 disappeared from radar 38 kilometers from Khabarovsk on September 22. On the same day, a search and rescue operation began, but it was not possible to fly around the territory. due to bad weather and fog... The wreck was found on September 23 on Khrebtovaya mountain in the Bolshekhekhtsirsky reserve. The height of the mountain is about 900 meters.

Due to the dense forest and the slope, the helicopter could not immediately land at the crash site. Also, it was not possible to drop the rescuers. The search group went there on foot. Rescuers are also working on the spot. They set up camp and cook helicopter landing pad.

The crew didn't survive, xabarovchan among six crew members was not on board.
Tags: An-26 Khabarovsk plane crash war plane Khabarovsk Krai
October 25: current information on coronavirus in the Far East
Digest of regional events and latest statistics
Related News: